Monday was a big day on Wall Street, with major benchmarks moving generally higher to start the week. Strong performance in the energy market once again led stocks higher, including a nice gain in oil prices to move above the $72-per-barrel mark. The small-cap Russell 2000 Index hit another record high, but some companies reported news that prevented them from participating in the broader-based rally. Fifth Third Bancorp (NASDAQ:FITB), Qudian (NYSE:QD), and U.S. Steel (NYSE:X) were among the worst performers on the day. Here's why they did so poorly.

Did Fifth Third pay too much?

Shares of Fifth Third Bancorp fell 8% after the company announced that it would purchase Chicago-based MB Financial for $4.7 billion. For its part, Fifth Third believes that the deal will "creat[e] a leading retail and commercial franchise in the attractive Chicago market" for financial institutions. Yet the share price decline reflects investor worries that Fifth Third might have paid too much for MB. The cash and stock deal includes MB shareholders receiving cash of just $5.54 per share, with the remaining 90% of total consideration coming in the form of 1.45 shares of Fifth Third stock for every MB share. It's fairly typical for shares of an acquirer in a merger involving mostly stock to see declines, but the extent of Fifth Third's retreat indicates at least some skepticism regarding the price of the deal. 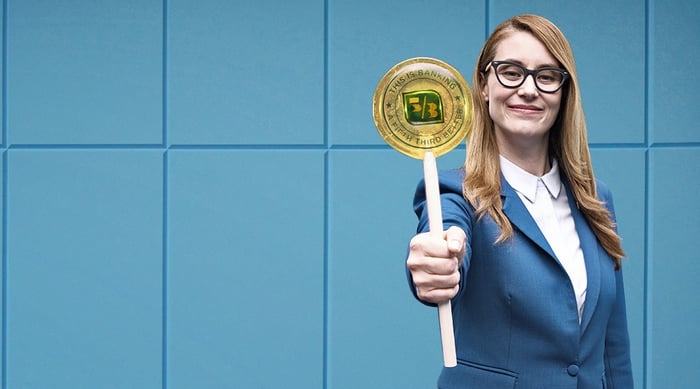 Qudian has a tough quarter

Qudian stock dropped close to 17% in the wake of the company's first-quarter financial report. The Chinese online consumer credit specialist has gone through a substantial retrenching over the past year, and the impact showed up clearly in its results, which included an 8% drop in the total amount of transactions and a 14% decline in the number of active borrowers in its system. Qudian did see big gains in the number of registered users on its system, and total outstanding loan balances were up more than 85% from year-ago levels. Yet CEO and founder Min Luo admitted that the results "reflect both the temporary credit downturn in Chinese consumer credit markets following implementation of new regulations late last year as well as our proactive decision to temporarily tighten credit standards and de-risk our book," and investors worry that Qudian might not get back on its past growth trajectory.

Finally, shares of U.S. Steel finished down 4%. The steelmaker has been at the center of trade tensions between the U.S. and China, and so diplomatic discussions that potentially signaled better relations between the two economic superpowers was bad news for the company. The weekend brought general assertions that China would agree to import more U.S. goods and that the U.S. would delay the implementation of tariffs on steel and aluminum. There's still a possibility that the Trump administration will go forward with its previously announced tariffs at a later date, but given how much U.S. Steel shares had risen in anticipation of the tariffs taking effect, it's no surprise to see the stock giving back ground.