Please ensure Javascript is enabled for purposes of website accessibility
Log In Help Join The Motley Fool
Free Article Join Over 1 Million Premium Members And Get More In-Depth Stock Guidance and Research
By Keith Speights – Updated May 22, 2018 at 5:18PM

But are these high-yielding stocks in the billionaire investor's portfolio smart picks for the rest of us?

Warren Buffett fans know that they won't receive a dividend if they buy Buffett's Berkshire Hathaway (BRK.A -0.06%) (BRK.B -0.95%) stock. The legendary investor has even said it's unlikely that Berkshire will ever pay a dividend.

But that doesn't mean Buffett doesn't like dividend-paying stocks. Most of the stocks owned by Berkshire Hathaway do pay dividends, and some of them claim mouth-watering yields.

Verizon Communications (VZ -1.73%), Store Capital Corporation (STOR 0.13%), and Sanofi (SNY 0.05%) are three Warren Buffett stocks that have especially high dividend yields of more than 4%. What does the Oracle of Omaha like about these stocks, and are they smart picks for other investors right now? 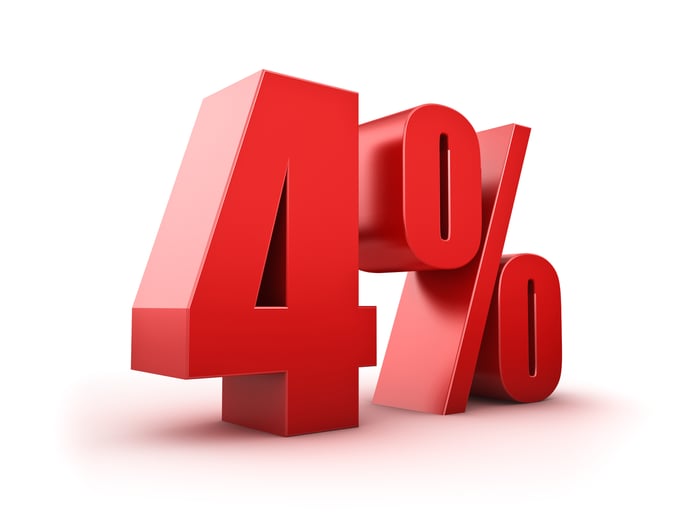 The current highest yielder in Buffett's portfolio is Verizon, which boasts a dividend yield of 4.85%. The telecommunications giant used roughly 90% of its free cash flow to fund the dividend program over the last 12 months. But Verizon's dividend appears to be relatively safe.

Verizon operates in a highly competitive arena. The company remains the largest wireless carrier in the U.S., but it's tough to hold on to customers. Verizon reported a year-over-year decline of 24,000 wireless phone connections in the first quarter and another 75,000 fewer wireless tablet connections. However, the company's gain of 395,000 other connected devices -- mainly wearables -- more than offset those losses.

What does the future hold for Verizon? The company is aggressively building out its infrastructure to support high-speed 5G networks, with plans to launch its first commercial services later in 2018. Verizon is also looking into offering an over-the-top (OTT) video service and is focusing on providing more digital content.

Store Capital owns 2,000 properties across 49 states. The company leases those properties to over 400 customers, with customers operating restaurants generating more than 20% of Store Capital's base rent and interest. Store Capital's largest three customers, though, are retailers. Around 75% of its lease contracts are investment-grade quality, which means Store Capital isn't as exposed to the risk of bankruptcies as some REITs.

Can Store Capital continue to grow? The company thinks so. There are nearly 200,000 customers in Store Capital's sweet spot: U.S. service companies and retailers with annual revenue between $10 million and $1 billion. Leasing space is an attractive option financially for many of these potential customers.

Sanofi is one of three pharmaceutical stocks owned by Berkshire. It's by far the biggest dividend payer of the three, with a current yield of 4.64%. The French drugmaker's dividend appears to be pretty safe, with Sanofi using a little over two-thirds of its free cash flow generated over the last 12 months to fund the dividend.

There's a big problem for Sanofi, though. Sales for the company's top-selling product, Lantus, are dropping after the diabetes drug lost patent protection. In large part due to the challenges for Lantus, Sanofi has lost over one-fifth of its market cap during the last 12 months.

If you're looking for steady income, I think all three of these Buffett stocks are good ones to consider buying. The odds of Verizon, Store Capital, and Sanofi keeping the solid dividends flowing look pretty good, in my view.

But for most investors, the primary goal is to generate market-beating total returns. I think that the combination of its great dividend and growth opportunities with 5G networks should enable Verizon to achieve that goal over the next few years. Store Capital should be in the same boat, although it could hurt the company's business if interest rates go up too quickly.

I think the jury is out on Sanofi, though. While the company could enjoy sustained momentum for some of its newer drugs, several of these drugs also face significant competitive threats. I think investors have better alternatives than Sanofi right now.

Keith Speights has no position in any of the stocks mentioned. The Motley Fool owns shares of and recommends Berkshire Hathaway (B shares) and Verizon Communications. The Motley Fool has a disclosure policy.