Please ensure Javascript is enabled for purposes of website accessibility
Log In Help Join The Motley Fool
Free Article Join Over 1 Million Premium Members And Get More In-Depth Stock Guidance and Research
By Ashraf Eassa - May 23, 2018 at 6:00PM

It's time for Intel to clean house to restore itself to its former glory.

Earlier this month, I made the decision to sell my Intel (INTC -2.86%) stock, as I believe the company's competitive position could be at risk over the next year or so, thanks largely to issues in trying to transition to its next-generation 10-nanometer chip manufacturing technology.

Perhaps the most frustrating thing about my decision to sell Intel was that the problems that the company faces aren't due to a lack of financial resources or talented technical talent, but instead due to a long chain of poor management decisions. 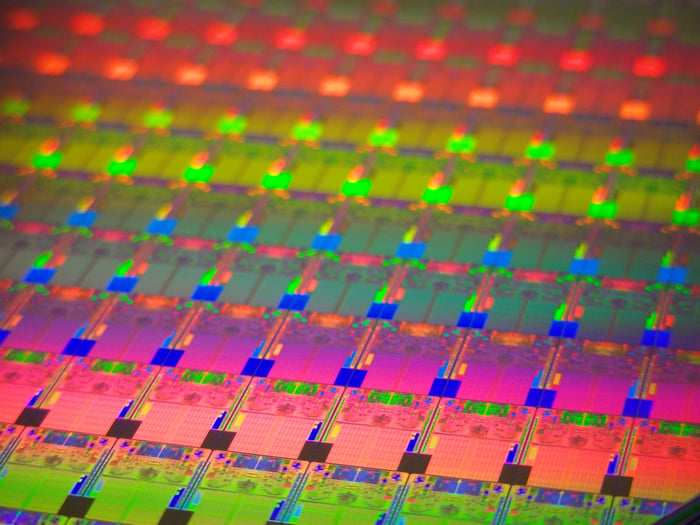 To that end, here are two top executives within Intel that I believe are to blame and need to be replaced to ensure that the problems that Intel currently faces will be resolved and, more importantly, the mistakes that led to those problems won't be repeated.

As the saying goes, the fish rots from the head down, and CEO Brian Krzanich has been the head of Intel since May 2013. Now, it's important to understand that chip and chip technology development cycles are long, so some of the issues that Intel faced early on in Krzanich's tenure, like the difficulties that the company had in bringing its current 14-nanometer chip manufacturing technology into production, weren't entirely on him.

At this point, though, Krzanich has been in charge long enough that what we're seeing from the company today and what we'll see from the company next year and beyond are on him. And, unfortunately, there have been a lot of stumbles under him.

For example, Intel's 10-nanometer manufacturing technology, which was originally supposed to go into production by the end of 2015, has yet to enter mass production and isn't expected to until sometime in 2019 (likely late in the year). This huge delay not only represents, by far, the worst execution that I've ever seen from Intel, but it opens up opportunities for Intel's competitors, threatening Intel's dominance in key markets.

Although Intel's manufacturing stumbles under him are enough to call for a replacement, the role of the CEO is to set the broader strategic vision for the company. His performance here has been, at best, mixed.

For example, I like that Krzanich made the call to invest in non-volatile memory (this was a fairly prescient move), but elsewhere Intel's decisions come off as reactionary. Intel only decided to go after the market for stand-alone graphics processors after others had blazed the trail, and the company seems to be taking a scattershot approach to the blossoming market for artificial intelligence, once again suggesting a knee-jerk reaction rather than a carefully thought out strategy.

Moreover, under Krzanich, Intel seems to make decisions even related to its core business based on how the wind happens to be blowing today. For example, Intel spent a while messaging to investors that it expected the personal computer market to be a flat-to-down market over the long term, but at its most recent stockholder meeting, it highlighted the personal computer market as a source of growth.

I think a company with Intel's immense technical and financial resources deserves a better leader than Brian Krzanich.

Intel's chip manufacturing group, known as the technology and manufacturing group (TMG), is run by Sohail Ahmed, who was promoted to this position back in 2016 after Bill Holt retired. Although it might be tempting to blame the issues that Intel faced with both its 14-nanometer technology (which had yield issues so bad early on that it cost Intel billions in annual profits) and its 10-nanometer technology on decisions made by his predecessor, I think that would be misguided.

You see, before Ahmed was promoted to the general manager of TMG, he spent years as the director of logic technology development within TMG, bearing responsibility "for the development and deployment of next-generation silicon logic technologies that will produce future Intel microprocessors and systems-on-chips (SoCs)."

It's quite surprising that even though Ahmed's decision making appears to have been poor, he's in a higher position today than he was years ago. In my view, Ahmed needs to be replaced, preferably by an individual from one of Intel's key rivals.