Please ensure Javascript is enabled for purposes of website accessibility
Log In Help Join The Motley Fool
Free Article Join Over 1 Million Premium Members And Get More In-Depth Stock Guidance and Research
By Rick Munarriz - May 24, 2018 at 10:00AM

At this rate it's hard to bet against the media darling.

Shares of Sirius XM Holdings (SIRI -0.65%) hit a new 12-year high of $7.08 this week, and in terms of market cap the satellite radio provider has never been as valuable as it is right now. The market darling hasn't traded this high since late 2005, and it's fair to say that this was an entirely different company back then. Sirius had yet to merge with XM. The share count was substantially lower.

Even naysayers are moving on. The stock's short interest as of the end of April has declined by nearly 20% over the past year. There's just no point in betting against Sirius XM Radio. It's consistently growing and profitable. The stock itself hasn't had a down year since 2008. 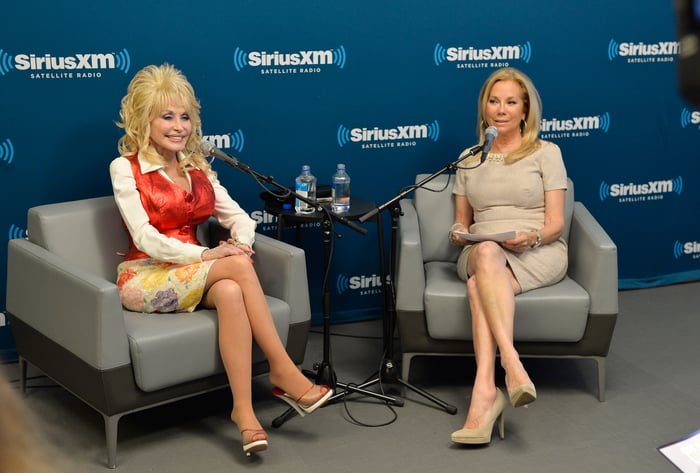 There's always something good on the radio

There's no denying that 2008 was a doozy. The stock would go on to shed 96% of its value that year, as it buckled on the brink of bankruptcy despite having completed its regulator-contested combination with XM that summer.

Everything is different now. The red ink of 2008 is gone, as Sirius XM hasn't posted an annual deficit since 2009. Revenue growth has never gone away, even if it's now decelerating as the platform matures.

Sirius XM has also been a various eater of its own cooking. Aggressive share buybacks have lowered Sirius XM's share count for five consecutive years. Sirius XM's diluted share count has declined by a third over the past five years, though one can rightfully argue that the buoyant share price gives Sirius XM less bang for its buyback buck these days.

The stock's ascent is no accident. The country's lone provider of satellite radio is making the most of its niche monopoly. Revenue rose 6.3% to hit a record $1.375 billion in its latest quarter. Free cash flow, operating cash flow, and earnings all grew by more than 30%.

Growth may be slowing. Sirius XM's guidance calls for just a 5% gain on the top line this year. However, Sirius XM continues to grow its audience -- now at 33.1 million and counting -- and its users aren't flinching at higher rates.

Buying back stock isn't always a smart move, but for Sirius XM it's been brilliant over the years. Thinning out the float makes it easier for shorts to get squeezed out. Gnawing away at its bloated share count also improves profitability on a per-share basis. Sirius XM's market cap declined in 2014, but its stock price inched higher on a dividend-adjusted basis as a result of those years' stock purchases. Sirius XM's consistency is why this week's fresh highs probably won't take long to revisit and surpass sooner rather than later.