Please ensure Javascript is enabled for purposes of website accessibility
Log In Help Join The Motley Fool
Free Article Join Over 1 Million Premium Members And Get More In-Depth Stock Guidance and Research
By Anders Bylund - May 25, 2018 at 3:23PM

Facing off against difficult year-over-year comparisons, the entertainment producer delivered strong bottom-line results thanks to much higher TV-based profits.

Mini-major movie and TV studio Lions Gate Entertainment (LGF-A -0.71%) (LGF-B -0.65%) reported fourth-quarter results on Thursday evening. The quarter was never expected to measure up to the year-ago period, which included huge contributions from an Oscar-winning hit movie, but the results still exceeded management's own expectations.

As expected, Lions Gate experienced lower fourth-quarter revenue due to a smaller theatrical release effort and a lack of blockbusters that could match up with the year-ago period's smash hit, La La Land. On the upside, the timing of production and delivery schedules lifted Lions Gate's TV production sales. 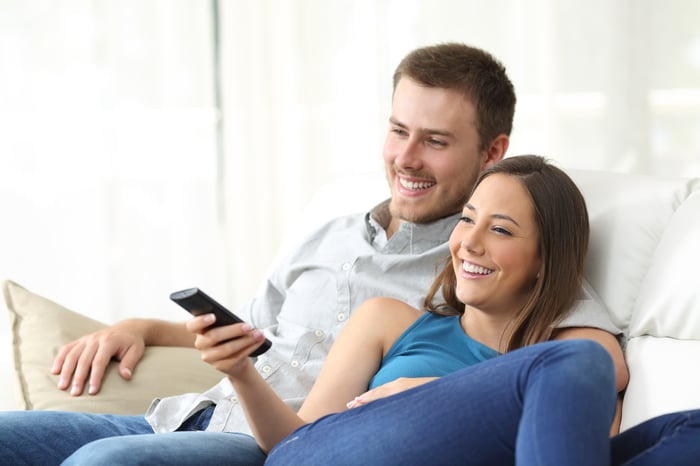 Getting that ball rolling, Lions Gate also announced the launch of STARZPLAY-branded channels on the British and German versions of Amazon Prime Video.

"The launch of STARZPLAY on Amazon in the UK and Germany marks a significant expansion of the STARZ platform into the global market, providing an exciting opportunity for us to build on the success of our relationship with Amazon Prime Video Channels," said Starz CEO Chris Albrecht in another official statement.

This effort will continue as Lions Gate plans to roll out STARZPLAY in 15 Amazon territories overseas in the next three years.

Management reaffirmed its three-year plan of growing an adjusted operating profit metric known as operating income before depreciation and amortization by mid to high single digits every year.

The international rollout of STARZ-branded services will continue beyond Amazon Prime, including a Hulu partnership planned to take a bow in October. The upcoming film slate remains focused on a smaller quantity of highly targeted titles, including ace director Sam Raimi's Kingkiller Chronicles, which also involves Lin-Manuel Miranda's creative guidance.