Please ensure Javascript is enabled for purposes of website accessibility
Log In Help Join The Motley Fool
Free Article Join Over 1 Million Premium Members And Get More In-Depth Stock Guidance and Research
By Daniel Miller - Updated May 25, 2018 at 2:28PM

Shareholders are having a bad day with Q1 results falling short on the top and bottom lines, forcing management to lower full-year guidance.

Shares of Zoe's Kitchen (ZOES), a fast-casual restaurant serving Mediterranean dishes at over 150 locations in the United States, were in free fall after the company released disappointing first-quarter results. Shares were down a staggering 35% Friday as of 11:20 a.m. EDT.

While Zoe's Kitchen had shown some signs of improvements recently, the first quarter fell short of estimates on both the top and bottom lines. Revenue jumped 13% to $102.1 million, but still fell short of analysts' estimates calling for $104.7 million. Zoe's lost an adjusted $2.6 million, or $0.13 per share, which was far worse than analysts' expectation of a loss of $0.01 per share. The Mediterranean restaurant also said weather and calendar shifts, in addition to less customer traffic, caused its 2.3% decline in same-store sales during the first quarter. 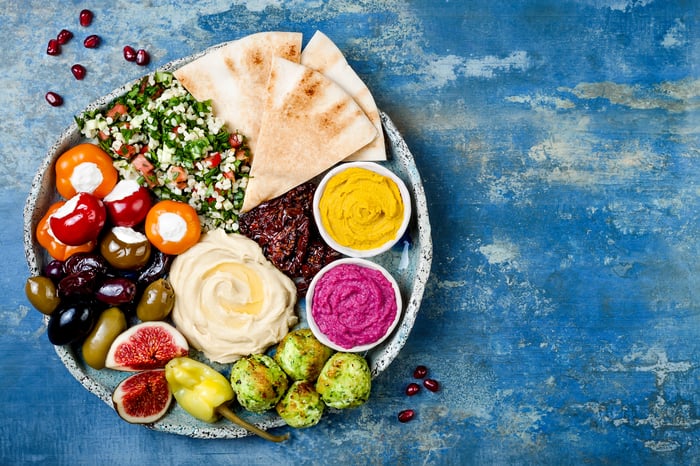 We have a strong foundation of success at Zoe's Kitchen, built on high-quality fresh food, inspired by the Mediterranean lifestyle and delivered with hospitality. We are fully committed to reversing our traffic trends, and our team is laser focused on operational execution and sales-driving initiatives. We believe the steps we are taking are right for the long-term health of the brand and to maximize shareholder value.

But wait, there's more -- and it gets worse. Early results during the second quarter haven't improved, which forced management to lower full-year guidance. Zoe's now expects revenue to check in between $345 million and $352 million, compared to prior guidance between $358 million and $368 million. It also expects same-store sales to decline between 2% and 4%, compared to prior expectations of flat sales to a 2% gain. The first quarter makes it clear to investors that management has a lot of work to do identifying poor-performing stores and revamping its marketing.