Please ensure Javascript is enabled for purposes of website accessibility
Log In Help Join The Motley Fool
Free Article Join Over 1 Million Premium Members And Get More In-Depth Stock Guidance and Research
By Ashraf Eassa – Updated May 29, 2018 at 4:36PM

Let's go over what he had to say at the company's most recent shareholder meeting.

On May 17, chip giant Intel (INTC -3.10%) hosted its annual shareholder meeting. CEO Brian Krzanich spent a good deal of time talking about the company's overall strategy and its performance in executing toward that strategy. The executive also answered questions from shareholders.

Here, I'll go over three items from the event that I think potential and current Intel shareholders should pay close attention to. 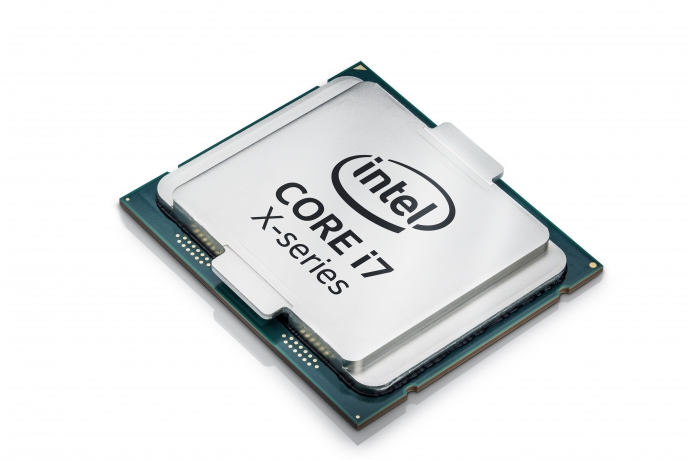 Last year, Krzanich sold a significant amount of stock -- all but the minimum number of shares he's required to hold under Intel's bylaws. This sale caught my attention at the time because it seemed to suggest that Krzanich wasn't too positive about the prospects for Intel stock.

During the shareholder meeting, one investor asked, "Does Brian's recent stock sell reflect his confidence in Intel's future?"

Well, I hope you saw in my five-year report card and my strategic portion of my presentation just the great results that we have, my pride in what the organization has really delivered, and my excitement. That's really addressing that $260 billion [total addressable market] moving forward. So I couldn't be more excited about Intel's future than I am now, and I've been at this company for 35-plus years. I think our brightest days are ahead, from our products, to the organization, to just about everything about this company. So I can say absolutely the sale is not a reflection at all of my confidence in the company. Intel continues to be my largest single holding, and I continue to hold above the required level that the company has for me. So, no, this is -- my view of the company is stronger today than it ever has been in my 35 years here.

This answer was, for the most part, entirely predictable: What else could he have reasonably said? As far as his statement that he continues to hold more shares than what Intel's bylaws require him to, this is true. However, as of May 1, when Krzanich's automated stock sale program kicked in and sold another batch of shares, he owned 253,590 shares of Intel. That's just 3,590 more shares than he's required to -- hardly confidence inspiring.

By contrast, former Intel CEO Paul Otellini held 338,229.77 shares indirectly via a trust for both himself and his spouse, as well as an additional 728,265 shares directly, as of Dec. 19, 2012. Former Intel executive David Perlmutter, who was in the running to replace Otellini but ultimately lost out to Krzanich, held 587,872.15 shares as of his final filing with the SEC before he left the company.

My point is, other Intel executives, including the company's last CEO as well as someone in the running for Krzanich's spot, showed more confidence in the company by holding substantially more shares than Intel's bylaws required.

Another topic that Krzanich discussed was the company's manufacturing technology. As you may know, Intel disclosed during its most recent earnings conference call that it had delayed the mass production of chips using its 10-nanometer manufacturing process until sometime in 2019, from the second half of 2018 previously.

During the shareholder meeting, Krzanich talked about the company's progress around 10nm: "Today, it's shipping in low volume. We talked about at the earnings call that the yields on this product haven't come up as quickly as we wanted to, and our goal is to really deliver [these] cost-effective, high-yielding 10nm parts."

By way of definition, "yields" refers to the percentage of the chips manufactured that work well enough to be salable. If yields on a technology are too low, a company potentially faces higher-than-expected product cost structures (which hurt gross profit margin) as well as potential supply issues.

Krzanich went on to say that the company intends to continue to use its older 14nm technology to build "cost-effective, high-yielding, high-performance parts that still provide the best performance out there."

He then added that the company thinks that it understands the issues around its 10nm technology, and that it believes that it knows "how to progress forward and deliver the 10-nanometer yields as we move into 2019."

Later during the question-and-answer session, one shareholder asked Krzanich if the issues around its 10nm technology would hurt the company's 7nm schedule. Krzanich reiterated what he said on the company's most recent earnings call: Intel is being less aggressive in trying to reduce chip area in going from 10nm to 7nm than it was in going from 14nm to 10nm, and it'll have access to more advanced lithography tools -- so the company doesn't expect the issues that plagued 10nm to hurt 7nm.

Krzanich was asked about the company's strategy "for leading in artificial intelligence."

Krzanich's answer was quite long. He started by saying that Intel views AI as "a broad spectrum of products and workloads," suggesting that investors can't think about AI as just a single workload.

He went on to talk about how Intel has a wide portfolio of products targeting various AI applications, including both specialized AI chips as well as its standard Xeon processors (which are increasingly being endowed with capabilities to support AI workloads).

"So, we think about artificial intelligence across that spectrum and are developing products for all of those segments," he said.

Ultimately, Krzanich seems to be describing very much a "shotgun approach" to AI, in contrast to what other, arguably more successful, companies are doing to go after this same market.

We'll have to wait and see how this strategy works out for Intel.