Please ensure Javascript is enabled for purposes of website accessibility
Log In Help Join The Motley Fool
Free Article Join Over 1 Million Premium Members And Get More In-Depth Stock Guidance and Research
By Evan Niu, CFA - May 30, 2018 at 9:26PM

Including a new third-party flagship.

Project Fi has always been one of Alphabet (GOOG 0.14%) (GOOGL -0.06%) subsidiary Google's most interesting concepts, creating a sort of hybrid mobile virtual network operator (MVNO) that leveraged multiple wireless networks (T-Mobile, Sprint, and U.S. Cellular) in conjunction with Wi-Fi calling. The biggest shortcoming of Project Fi has always been the paltry number of devices that were officially supported.

Project Fi vowed last summer to add a mid-tier third-party device, which came in the form of the Moto X4 a few months later. The company is now adding three more models to its stable of compatible devices. 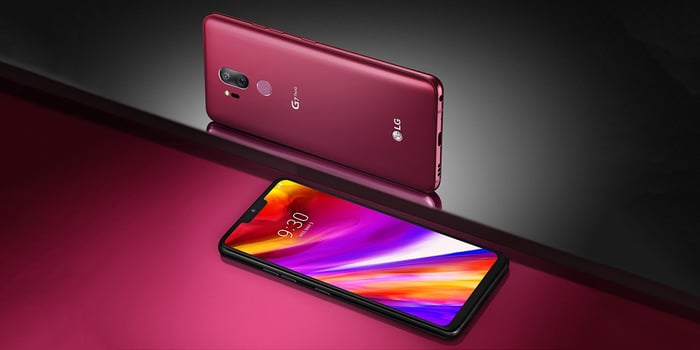 The new additions are the LG G7 ThinQ, LG V35 ThinQ, and the Moto G6. The Moto G6 will become the new entry-level model, priced at just $199 on Project Fi, while the pair of LG ThinQ phones will be perched at the high end of the pricing spectrum -- $749 for the G7 and a whopping $899 for the V35.

These are meaningful inclusions to Project Fi for a couple of reasons. For starters, Google is expanding the number of third-party devices that can work on Project Fi. Historically, Project Fi has mostly just supported Google's own first-party devices from its Pixel and Nexus families. The aforementioned Moto X4 was the first third-party device. On top of that, the G7 ThinQ is LG's flagship model for 2018 that was just released this month. The V35 ThinQ, announced earlier today, is essentially a spec bump, putting G7 internals into the V30 chassis from last year.

While LG flagship phones won't sell as many units as a Samsung or Apple flagship, adding them to the mix makes Project Fi a viable choice for cellular service for customers that are interested in those LG models. In other words, adding third-party flagships helps make Project Fi more competitive.

Google has never officially disclosed how many subscribers Project Fi has, and it's not as if the search giant had any "moonshot" ambitions of disrupting the wireless industry. At the same time, it's unlikely to suffer the same fate as Google's other ISP-related side business, Google Fiber. Google halted the expansion of Google Fiber in the U.S., after poor subscriber growth (estimated at 200,000 in 2016) and massive losses. A big part of that bleeding was Google Fiber being an incredibly capital-intensive bet. All those fiber-optic cables aren't going to lay themselves.

Project Fi, on the other hand, utilizes a much more capital-light model, buying wholesale capacity from prominent network operators and reselling that service under the Project Fi brand. That makes Project Fi relatively more sustainable, even lacking meaningful subscriber growth. Project Fi will likely continue chugging on as a side bet, with incremental improvements -- like adding more supported devices -- along the way.