Please ensure Javascript is enabled for purposes of website accessibility
Log In Help Join The Motley Fool
Free Article Join Over 1 Million Premium Members And Get More In-Depth Stock Guidance and Research
By Billy Duberstein – May 30, 2018 at 8:46PM

Extreme Networks (EXTR 2.20%) is a small-cap networking company in the midst of a transformation. Last year, there was considerable excitement around the company's growth-via-acquisition strategy, and the stock rose 148% in 2017.

In 2018, however, Extreme Networks has plunged 26.7% year to date, with most of that drop coming after the company's first-quarter earnings report in early May, which missed analyst expectations for revenue and earnings. The company's market cap sits around $1 billion as of this writing.

Despite the expectations miss, Extreme was still profitable on a non-GAAP basis that excludes merger and integration costs, amortization of intangible assets, and stock-based compensation. In addition, management has expressed confidence in its strategy, not only in words but also in deeds, with the CEO and a board member buying shares after the stock's post-earnings plunge.

So who has it right: Mr. Market, or these company insiders?

In its recent fiscal third quarter, Extreme Networks grew revenue 76% to $262 million, powered mostly by acquisitions, on top of an 8% organic growth rate in the original "core" Extreme. That doesn't sound so bad, but the number fell short of analyst expectations of $266.3 million. Non-GAAP earnings per share came in at $0.16, which also missed expectations of $0.21.

Since late 2016, Extreme has acquired Wi-Fi specialist Zebra Technologies and Avaya's wireless networking businesses, along with Brocade's data-center networking business. Extreme is still going through its integration process, which means it's still bearing significant merger-related costs, so let's take a closer look at the company's margin structure without that noise. 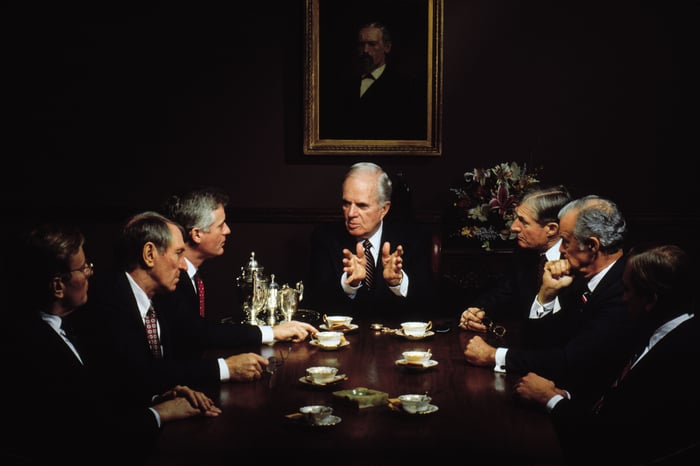 Extreme's gross margins are gradually improving -- non-GAAP gross margin expanded from 57.2% to 57.9% year over year, which is definitely a good sign in a competitive field like networking. However, non-GAAP operating margins declined, from 9.8% to 9.3%, suggesting there may still be some extra costs in selling, general, and administrative expenses or research and development that will need to be rationalized.

Nevertheless, the company forecasts it will expand non-GAAP gross margins to its target of 60% by early in the next fiscal year (meaning in the July-September quarter of 2018), and management blamed the quarter's slight margins dip on some acquired legacy Brocade contracts that were lower margin. It appears there are some kinks to work out on this newly acquired business, but that doesn't necessarily mean that the Brocade business in trouble.

Management guided for revenue between $277 million and $287 million in the current quarter, with improved non-GAAP gross margins of 58% to 60% and non-GAAP operating margins of 8.7% to 11.4%. Helping investors sort through all the moving parts, management says the company is now on a $1.08 billion annual revenue run rate, growing in the mid to high single digits.

At today's market capitalization of around $1.06 billion, that equates to roughly one times sales. If the company can generate, say, a 10% operating margin (improved from this quarter's 9.3%), today's valuation would be roughly 10 times non-GAAP operating margins. While I would not call that a screaming bargain, it certainly doesn't seem expensive, either.

Apparently, CEO Ed Meyercord and at least one other board member agree. After the post-earnings plunge, Meyercord bought 20,000 shares at around $8.42 per share, or almost $170,000. While only boosting his stake by some 4%, the purchase did come in addition to the stock-based compensation that he was set to receive the very next day. Meyercord's purchase of extra shares when he was already set to receive some certainly seems like a statement in favor of the company's future to me.

Who's got it right?

Extreme Networks is an interesting business case, as it aims to cobble together several different platforms into a formidable competitor to networking giant Cisco. However, I'm still skeptical that Extreme is a compelling buy, as it has to contend with the big-name players on the high end, while also having to contend with low-cost solutions from companies such as Ubiquiti Networks, which showed terrific growth in its Unifi enterprise platform last quarter, on the low end.

That middle-of-the road positioning isn't terribly appealing to me, and with Extreme only growing in the mid-single digits, the stock seems about fairly valued. Insider buys on the part of the CEO reflect optimism in his ongoing strategy, but until Extreme can show it can grow at higher rates, I'm happy to monitor this turnaround from the sidelines.