One way the company hopes to do that is by trying to sell memory modules into the data center. 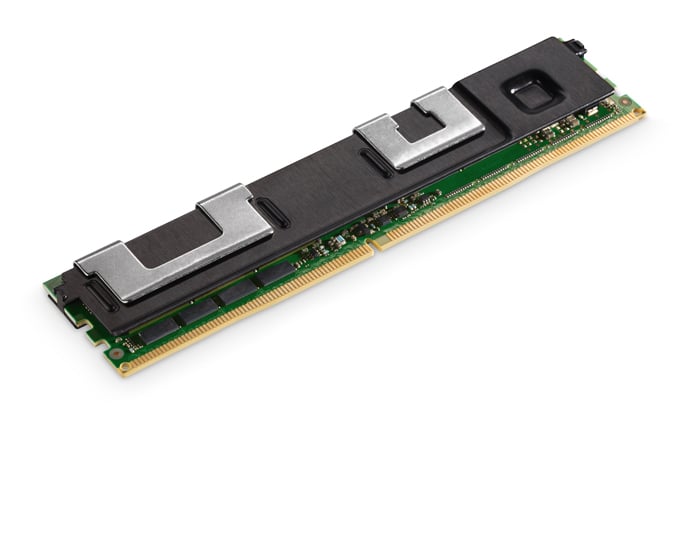 Today, virtually all data center memory modules are based on a technology known as Dynamic Random-Access Memory, or DRAM. Intel doesn't make DRAM, nor has it publicly signaled an intent to do so anytime soon, but it hopes to capture data center DRAM share by selling memory modules based on its 3D XPoint non-volatile memory technology.

Let's go over why Intel's recent announcement of these memory modules is a big deal.

Intel had originally intended to launch Optane DC Persistent Memory alongside its current server processor family, known as Xeon Scalable. We know this both from leaked slides from a while back and from Intel's own public statements to that effect. However, these memory modules were significantly delayed and are ultimately not compatible with the company's current Xeon Scalable processors -- Intel says they'll work with the company's next-generation data center processors, code-named Cascade Lake.

Now, Intel hasn't released these memory products yet -- the company says that it's sampling these products now and that a select set of customers will be able to buy them in the second half of 2018. Broader availability should happen sometime in 2019. So, while Intel was quite clear that it will see initial revenue from Optane DC Persistent Memory products in 2018, investors shouldn't expect anything too exciting on the financial front until 2019.

These new Optane DC Persistent Memory products should help Intel in two distinct ways. The first is that Intel will be able to sell memory products that it wasn't able to before. This means a contribution to revenue growth and a corresponding improvement in total gross profit. That's easily the most exciting part of this whole venture.

Moreover, since this memory technology requires Intel's upcoming Cascade Lake processors to work, customers that find the company's value proposition with Optane DC Persistent Memory may be compelled to more rapidly transition to Intel's next-generation server processors sooner than they might have otherwise done. That upgrade cycle acceleration could help the company's data center group performance.

Intel is clearly working to further establish itself as a platform company rather than simply a component company. The company has done a good job of that over the years, and I think that by expanding its portfolio of product offerings beyond the CPU, it can not only better protect its CPU business (since Intel's other components would presumably require Intel processors to work) but it can also accelerate its overall revenue growth.

This is the right move.

One thing that worries me, though, is that while the company's additional platform components should help its business, the company's processor products -- again, the heart of Intel's business -- continues to be held back by the struggles that it's facing in chip manufacturing technology. I want to see Intel continue to invest in areas beyond processor design and manufacturing technology, but those investments should never be at the expense of investments in the core business.