National Grid (NYSE:NGG) has been about as solid of a dividend investment as any investor could ask for over the past decade. The company is the epitome of utility stocks as its regulated electricity and natural gas transmission businesses bear almost no commodity price or power-generation risk. For investors, the trade-off for that stability has been a rather slow rate of growth.

Management is looking to change that, though, as a combination of several factors are coming together that could help fuel a much-improved growth rate over the next several years. Let's take a look at National Grid's most recent earnings to see what changes have occurred over the past several months that could help National Grid add a little more growth to its bottom line. 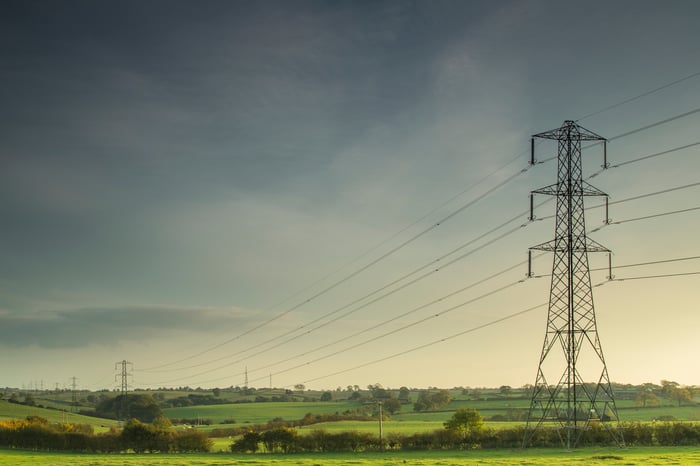 Because National Grid only reports its results twice a year, the company doesn't break out its year-end results into a first- or second-half result. Here are the annual results:

From an American investor perspective, there isn't a whole lot to take away from these results. One thing is that National Grid reports its earnings in British pounds, and the changes in exchange rates tend to skew the numbers a bit. According to its reported results in pounds, revenue only increased 1.43% compared to this time last year.

Other items that are significantly skewing these numbers are some one-time charges and contributions from discontinued operations. This time last year, National Grid closed a deal to sell a 61% stake in its U.K. gas distribution for a cool 13.8 billion pounds. In the most recent reporting period, National Grid realized a 1.4 billion pound gain from the changes to the U.S. tax code. So, in both instances, the company's after-tax profits aren't necessarily indicative of the company's operations. What happened with National Grid this past reporting segment?

Here's CEO John Pettigrew's statement on the company's most recent results as well as his outlook for the business from here:

Our networks achieved high levels of reliability and safety and we increased customer driven investment to 4.3 billion [pounds]. The US business continued to make significant progress enabling record levels of investment. In the UK, we continued to deliver incentive outperformance generating significant cost savings for customers. Consistent with our strategy, we continued the repositioning of our portfolio toward stronger growth with the recent agreement for the potential sale of our remaining interest in Cadent.

Looking ahead, National Grid expects growth at the top end of the 5-7% range for the medium term, and at least 7% in the near term, which we will deliver with continued capital discipline and improved efficiency across the Group. 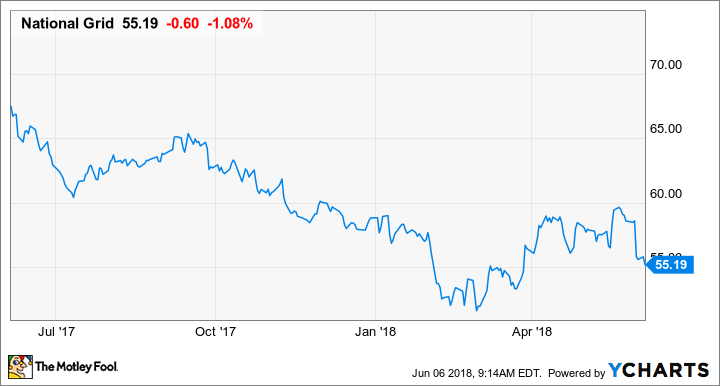 National Grid has long been a pillar of stability when it comes to earnings and reliable dividend payments. One thing that was likely a little frustrating, though, was the tepid rate at which earnings and its payout grew. With the sale of its U.K. gas distribution business, the green light to make significant investments in its U.S. regulated electricity business, and some interesting opportunities in its NG Ventures business, there is now a path for the company to kick its growth rate into a higher gear.