Please ensure Javascript is enabled for purposes of website accessibility
Log In Help Join The Motley Fool
Free Article Join Over 1 Million Premium Members And Get More In-Depth Stock Guidance and Research
By Tyler Crowe - Updated May 18, 2017 at 4:02PM

Aside from the big one-time gain, earnings at the U.K. and U.S. utility company remained steady as always.

For more than a year and a half, National Grid's (NGG 0.34%) management talked about its intention to sell its U.K. gas distribution business. Well, it did just that in December. The partial sale of this business was the dominant factor in the company's most recent earnings results, but it wasn't the only thing worth considering.

Let's take a look at some of the funky numbers that National Grid posted in its fiscal-year earnings report, as well as some of the highlights from the quarter. 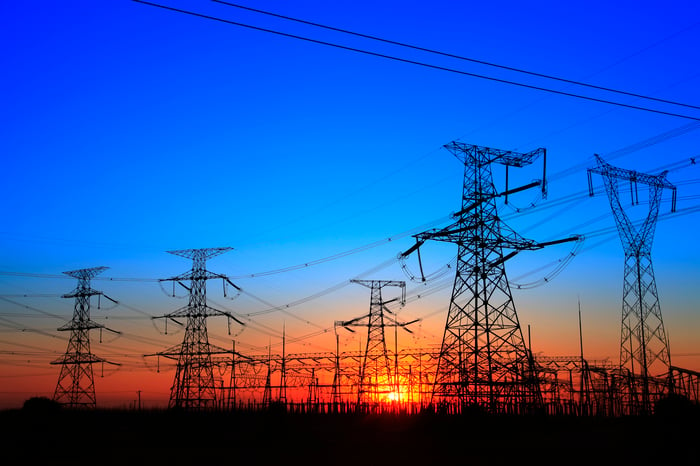 There are two things to be aware of when looking at National Grid's results this past year. The first is that there has been a wild swing in foreign exchange rates that make these results look worse than they are. The British pound's value depreciated 13% from 2016 to 2017. On a constant currency basis, National Grid's revenue was up 13%, and operating profit was flat.

The other item of note was the sale of a 61% stake in its U.K. gas distribution business back in December. The 13.8 billion-pound deal resulted in an after-tax gain of 5.32 billion pounds. Stripping out this one-time gain and other exceptional items, after-tax profits from continuing operations were down 4.8% on a constant currency basis. What happened with National Grid this past quarter?

In the company's full-year results statement, CEO John Pettigrew commented on the company's most recent results and the future opportunities thanks to these new rate approvals:

Last year was an important year for National Grid. We invested record capex [capital expenditures] of 4.5 billion [pounds] delivering a safe and reliable service for customers. Our focus on efficiency has also generated 460 million [pounds] of savings for customers in the first half of the 8 year [U.K. regulated price control] RIIO framework. We made significant progress in the year, with the successful completion of the UK Gas Distribution transaction, a good outcome on the rate filings in the US and a positive conclusion to important regulatory reviews in the UK. National Grid is well positioned for the future with a rebalanced, higher-growth portfolio, and we are actively taking steps to evolve the business to meet the changing needs of our customers.

With its U.K. gas distribution sale complete, this concludes what has been a year-long mystery regarding management's plans for those sale proceeds. I'm sure that many investors will be happy to see those large special-dividend checks come in the mail, but one has to wonder if that was ultimately the most effective use of capital.

From here on out, National Grid's growth will likely come from its U.S. regulated utilities and its National Grid Ventures business. Its U.K. regulated business segments will continue to be cash cows that should generate slow but steady growth from rate hikes. While there isn't a whole lot of growth in the pipeline for National Grid, its reputation for reliable dividend checks at an attractive yield remains in place.