Apple's (NASDAQ:AAPL) Mac business, which sells laptop and desktop computers that run the company's MacOS operating system, is a small but important part of the company, making up just shy of 11.3% of its revenue during its most recent fiscal year.

Apple's Mac products, which range from thin and light notebooks all the way to powerful all-in-one desktop workstations, are powered by processors supplied by Intel (NASDAQ:INTC). According to my estimates, Intel generates about $3 billion in annual revenue from sales of chips into Apple's Macs, making up about 9% of its total client computing group revenue. 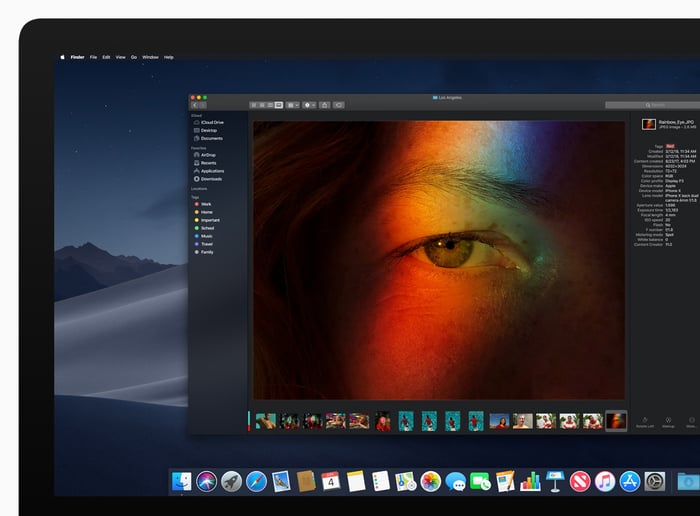 Over the last several months, Intel has launched or announced a wide range of processors that would allow Apple to release upgraded versions of its Mac products. Companies like Apple tend to want to upgrade their products each year to spur customer demand and to keep average selling prices afloat (since the longer a computer stays in the market, the less valuable it becomes)

Let's take a look at the processors that Intel has announced and what Mac each of those processors would be suitable for.

Apple sells two variants of its powerful MacBook Pro computers -- one with a 13-inch display and one with a 15-inch display. Intel announced a processor family known as Coffee Lake-U earlier this year, which improves upon its predecessor by moving from a dual-core design to a quad-core design. That new quad-core Coffee Lake-U chip will likely power Apple's upgraded 13-inch MacBook Pro.

Apple should be able to market these systems by highlighting the performance improvements that the additional cores bring, especially in productivity applications (e.g., video and audio editing) and heavy multitasking.

Giving the 12-inch MacBook some love

In 2015, Apple introduced a new product line, known simply as the MacBook. The MacBook is a thin and light laptop with a 12-inch Retina Display that doesn't include a cooling fan for the processor because the processors inside are specifically designed to consume far less power than typical computer chips.

Over the last several years, Apple has regularly updated the 12-inch MacBook with new processors. The 2016 model saw an upgrade to Intel's Skylake-Y chips and the 2017 model was upgraded with a chip called Kaby Lake-Y.

It was widely expected that the 2018 model would include a chip known as Cannon Lake-Y, but the manufacturing technology that's used to build the Cannon Lake-Y chips is proving problematic. At the Computex 2018 trade conference, Intel announced a processor known as Amber Lake-Y to formally succeed Kaby Lake-Y. Amber Lake-Y is likely manufactured on an enhanced version of the 14-nanometer technology that was used to build Kaby Lake-Y.

Details on this chip are light, but Intel claims that Amber Lake-Y delivers a "double-digit" improvement in performance over its predecessor. That's not going to be game-changing, but if Apple can advertise better performance to customers, it has a better chance of getting those customers to buy new systems.

Apple's current iMac lineup uses Intel's older Kaby Lake-S processors and its iMac Pro lineup uses the company's Skylake-W workstation chips. Intel has better chips available today for the iMac lineup, known as Coffee Lake-S, which come with up to six processor cores compared to just four for the Kaby Lake-S parts. The iMac Pro lineup currently incorporates Intel's best workstation processors, but it's likely that Intel will launch updated parts, based on its Cascade Lake architecture, later this year. Those parts would be what Apple upgrades the iMac Pro with.

Apple is facing fierce competition from the traditional personal computer makers as they try to move upmarket into more premium-priced notebook and desktop computers. For example, at its analyst day presentation last year, computer maker HP highlighted how it had gained significant share in the premium personal computer market as Apple's plunged. 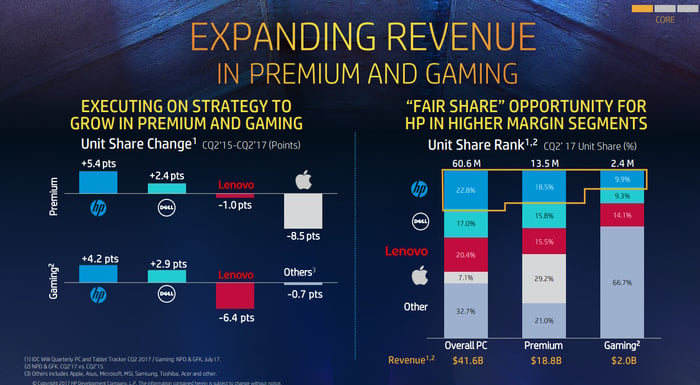 For Apple to successfully defend its share in the premium part of the PC market -- a segment that values performance and features -- it'll need to keep pace with its peers by adopting the latest processors available to it. Given that the most of the current Mac lineup (everything except for the ultra-niche iMac Pro) is currently running older chips, the time is ripe for Apple to refresh these products.