Memory specialist Micron (MU 3.95%) sells both DRAM, a type of computer memory that's used in virtually every kind of computing device, and NAND flash, which is rapidly gaining traction for high-performance data storage applications as it's quicker and more efficient than hard disk drive-based storage.

Micron's business has continued to benefit from what seems like an insatiable amount of demand for both DRAM and NAND in applications such as mobile phones and data center servers. 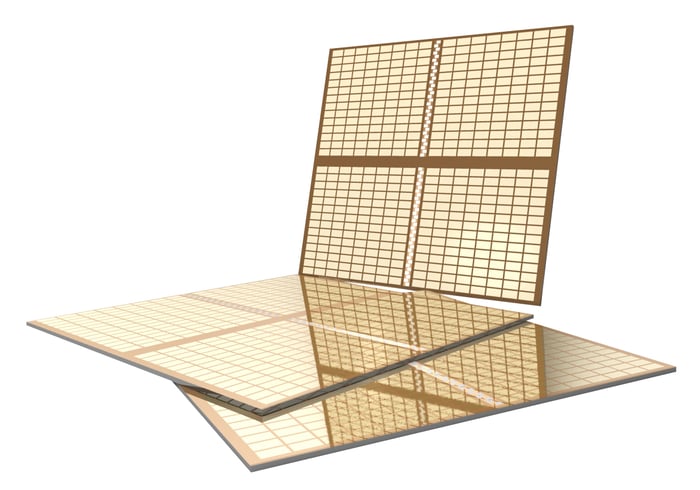 The companies that make the processors that perform these machine learning computations are clearly very excited about the artificial intelligence opportunity as it means they'll get to sell a lot more computing power over the years. It's not surprising, then, that Micron, which makes the memory chips those processors will rely on to handle those computations, is also excited by this opportunity.

Let's go over what Micron had to say about its view of the artificial intelligence opportunity at its most recent analyst day .

Micron says that a typical machine learning training workload will require six times the amount of DRAM that a "standard cloud server" needs and twice as much solid state drive capacity. Those are pretty huge memory content increases.

It's important to keep in mind that making predictions is hard and the chances that those predictions will be wrong go up the further out they are. While I think investors should believe Micron's general prediction that "AI-capable" servers will become more ubiquitous over time, don't put a ton of stock in the predictions about the exact percentage that such servers will make up.

Tying this into the bigger picture

Ultimately, Micron's opportunity within artificial intelligence is just one (albeit increasingly important) part of its overall data center opportunity. According to the company, in calendar year 2017, Micron's total addressable market for data center memory products, which includes DRAM, NAND, and 3D XPoint, was worth around $29 billion. By calendar year 2021, the company estimates that the opportunity will swell to $62 billion.

Micron isn't the only company that sells DRAM and NAND, but if the company's estimates are even close to correct, then a rising tide in this case should raise all boats. If Micron simply keeps its data center memory share flat through 2021, then its revenues from that segment could be poised to more than double.

If Micron is able to gain share -- and given the company's improved technology execution over the years, I think that's certainly possible -- then Micron's data center memory business could significantly outpace the market and more than double in size.

It's hard not to be excited about Micron's opportunity in artificial intelligence and, more importantly, in the data center. In fact, if I were to pick my favorite reason to buy Micron stock, it'd be the company's data center opportunity.