Shares of Sears Holding Corp (NASDAQ:SHLDQ) were moving higher today after the struggling retailer announced an expansion of its partnership between Amazon.com (NASDAQ:AMZN) and its own auto centers. As a result, the stock was up 7.5% as of 12:14 p.m. EDT.

Building on a relationship that began last year when Sears announced it would make Kenmore appliances like air conditioners Alexa-enabled and Amazon said it would sell Kenmore products on its website, Sears said it would expand the number of its auto centers that are partnering with Amazon to install tires that are purchased on the e-commerce site. 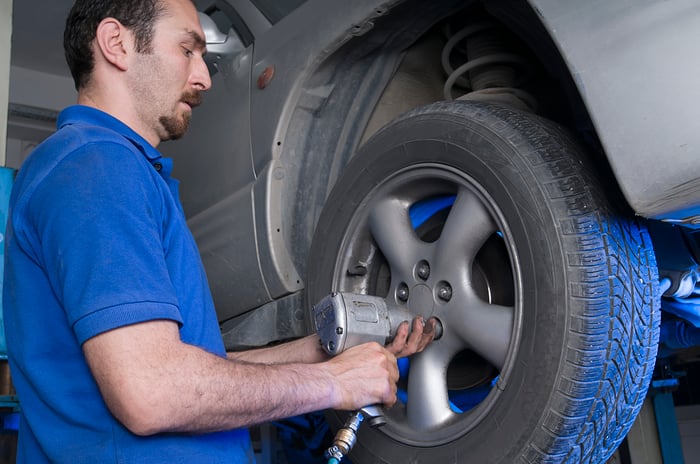 Initially the program was available at just 47 stores, but Sears said it would add another 71 today. In a statement, Sears Automotive Vice President Mike McCarthy said, "Amazon customer reviews have been very positive and we are two months ahead of schedule." He also said that customers were adding other services like oil changes when they came to get their tires installed.

The expanded partnership with Amazon won't have any material impact on Sears' bottom line because the company has been rapidly losing sales as comparable sales plunge as it closes stores. In its most recent quarter, revenue fell by nearly a third. However, investors are hopeful that the relationship with Amazon could advance and even lead to an acquisition, or at least purchases of certain Sears' assets like the Kenmore brand.

While an all-out acquisition seems highly unlikely, the relationship with Amazon can't hurt. Sears stock has been so volatile lately that even minor news like this can move it significantly.