The month of May brought with it a much-needed respite for investors in Kratos Defense & Security Solutions Inc. (NASDAQ:KTOS), especially after the recent attention that the stock was getting from short-sellers. Kratos shares were up 11.8% in May, according to data provided by S&P Global Market Intelligence, making it the best month so far this year for the company. Thanks shoud go to its first-quarter earnings report.

Investors have been waiting patiently for Kratos to turn a full year's profit and positive cash flows for some years now. On May 10, the government defense contractor fueled hopes that it could finally deliver this year when it reported an encouraging set of numbers for the first quarter, which included: 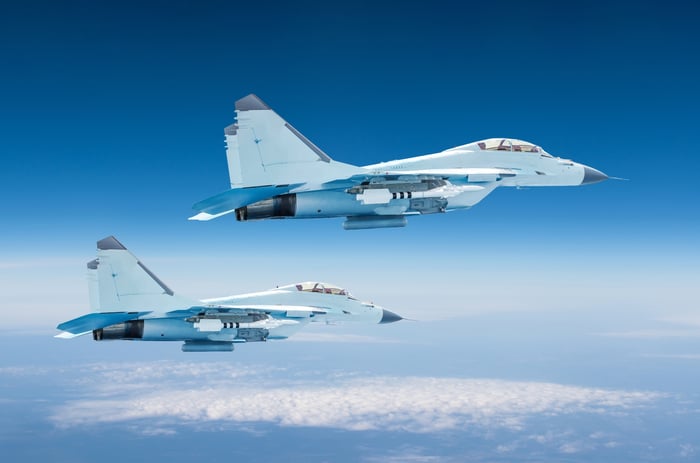 Kratos still had a net loss of $2.2 million in Q1 thanks to the loss of income from its public safety and security division, which the company sold off just days ago for net cash of $70 million. But the market cheered the improvement in Kratos' profits and positive operating cash flow.

The biggest top-line driver was Kratos' unmanned systems division, which manufactures unmanned aircraft and drones for the military: It reported a 78.2% jump in year-over-year revenue in Q1, thanks to strong demand for target drones. The segment even bagged orders worth more than $200 million during the quarter.

On top of the encouraging numbers, management reiterated its fiscal 2018 outlook and is guiding for:

Kratos' Q1 numbers suggest a stronger year ahead for the company versus 2017. Meanwhile, the company continues to win orders, bagging contracts worth a total of nearly $214 million since May, as of this writing.

More important, if Kratos can deliver on its operating cash flow targets and doesn't spend more than the planned $23 million to $26 million in capital expenditures, it should end the year with positive free cash flows (FCF). Since that would also mean the first positive FCF year for the company since 2013, investors may not be wrong to have turned optimistic about Kratos.