Kratos Defense & Security Solutions (NASDAQ:KTOS) has been promising investors for years that it is on the cusp of profitability, and could begin generating positive free cash flow in 2018. 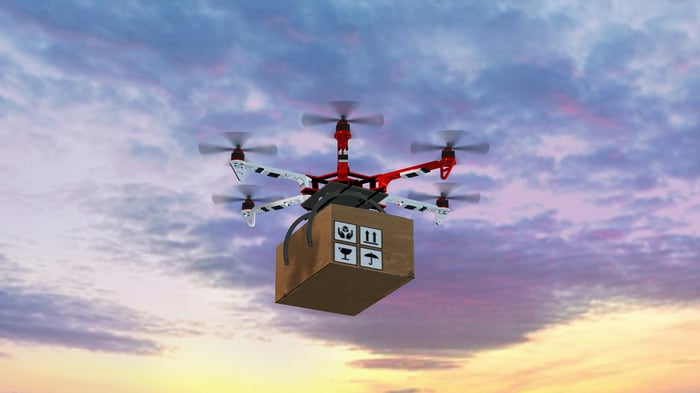 In the company's Q1 2017 report, Kratos CEO Eric DeMarco clearly promised a "return to profitability in Q2 [2017]," for that profitability "to increase significantly [in the] second half of ... '17," to be followed by "significant revenue, profitability, and free cash flow increases in 2018."

Things didn't turn out that way. Kratos earned no profits whatsoever in 2017, and its losses actually increased as the year progressed. Q4 2017's quarterly loss, for example, was nearly five times as large as the loss it incurred in Q4 2016. But is 2018 shaping up any better?

Despite a GAAP loss of $0.02 per share, Kratos argued that its adjusted earnings actually came out to a positive $0.05 per share and thus exceeded analysts' forecast for it to break even. Kratos stock surged 7.4% after reporting these results last Thursday (although it's given back some of those gains since).

All in all, it seems to have been a pretty fine report. For the first time in more than a year, Kratos has delivered on its promise of positive cash from operation. However, actual free cash flow eludes it and the promised drop-off in capital investment continues to elude management. The company's unmanned systems division, which seemed to be a bottomless pit into which Kratos poured capital expenditures over the past several quarters, began returning on that investment with a 78% year-over-year revenue growth rate, and now accounts for nearly 20% of Kratos' business. And Kratos' book-to-bill ratio hit 1.2, indicating continued strong sales growth in quarters to come.

Sales are expected to be down slightly in Q2 as a result of the sale of the company's public safety and securitybusiness, but DeMarco predicts "an extremely strong third and fourth quarter." According to the CEO, 2018 should end with revenue from the company's continuing operations rising about 7% from 2017 levels, to roughly $645 million, and full-year cash from operations turning positive for the first time since 2014 -- $35 million to $45 million.

Barring a big increase in capital expenditures, which no one is expecting, that should return Kratos to positive free cash flow territory for the first time since 2013 as well. For investors who resumed buying Kratos stock last week, that may be the best news of all.