Shares of Royal Caribbean Cruises Ltd. (NYSE:RCL) were riding a rising tide today after the company announced an acquisition, taking a majority stake in luxury cruise line Silversea Cruises. As a result, the stock closed up 5.1%. 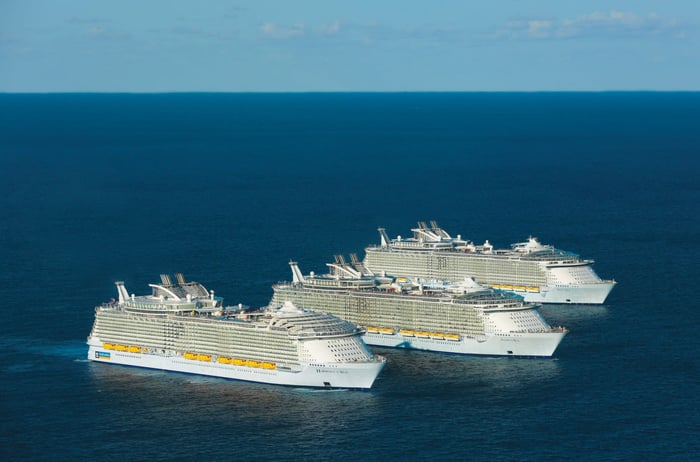 Royal Caribbean said it would take a two-thirds stake in Silversea for about $1 billion, which gives it exposure to growth areas in luxury and expedition cruising. Silversea has nine vessels, with its largest ship holding 600 passengers; its executive chairman Manfredi Lefebvre D'Ovidio and CEO Roberto Martinoli will continue in their current roles as Royal Caribbean becomes the majority owner.

Royal Caribbean CEO Richard Fain said: "Silversea is a crown jewel, and the acknowledged leader in luxury and expedition cruising, two key markets that are poised for growth. Uniting our two companies presents an extraordinary opportunity to expand vacation options for guests and create revenue in strategic growth areas."

Silversea joins Celebrity Cruises, Azamara Club Cruises, TUI Cruises, Pullmantur, and SkySea Cruises as brands that Royal Caribbean, the No. 2 cruise operator, either owns outright or has a significant stake in.

It's easy to see why the market likes the deal. Royal Caribbean's marketing engine and investment dollars should help grow Silversea's capacity and revenue, and the brand gives it a stake in the ultraluxury market. Royal Caribbean shares have more than tripled over the last five years, and the company recently raised its full-year earnings guidance to between $8.70 and $8.90, giving the company a modest price-to-earnings ratio of 13.

With the global economy strong and more boomers retiring, Royal Caribbean stock could continue to outperform.