In an investing world increasingly dominated by short-term earnings movements and lightning-fast trading algorithms, taking a long-term perspective could actually give an individual investor a competitive advantage. That can be especially true when a company reports less-than-stellar quarterly earnings, but still maintains its strong competitive position.

I think such an opportunity may have arrived with Ciena (NYSE:CIEN), which recently reported its fiscal second-quarter 2018 earnings. Ciena makes optical and packet networking equipment that improves speeds over a network.

In the quarter, Ciena's revenue grew 3% to $730 million, beating analyst estimates by $3.35 million in a seasonally low quarter. However, earnings told a different story, as adjusted earnings per share of $0.23 missed analyst targets by $0.07. Shares dropped 4% that day.

However, I don't think investors should panic. In fact, now might be a good time to scoop up some Ciena shares on the cheap.

Gross margin is a concern

The big red flag in Ciena's earnings release was its gross margin, which declined a full 500 basis points from the prior-year quarter, from 45.7% all the way down to 40.7%. That's a pretty sharp fall, but according to management, the gross margin decline was largely attributable to Ciena winning a lot of new international contracts in the quarter. That's a good thing, but early deployments often have lots of extra gross costs associated with them. 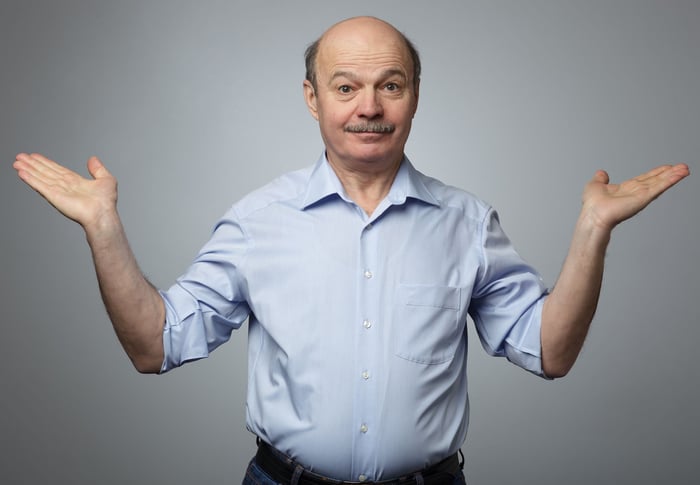 Given the competitive pressures the optical industry is under today, management thinks its strategy of grabbing market share from a position of strength is the prudent course of action. Ciena remains one of the stronger, more globally diversified players. As such, the company can afford to cut margin and still remain profitable, a luxury that other competitors, like Infinera, which continues to post losses during this difficult period, can't afford.

I also think margins will gradually improve for Ciena because like a razor-and-blades business model, Ciena first sells its servers, or "chassis," in initial deployments, and then sells higher-margin "line cards," which increase capacity on the chassis, over time. Ciena has also been winning new deployments overseas, which often carry lower initial margins than the mature U.S market.

While price wars have been a theme for a while in this industry, eventually, the weaker and smaller players will either be acquired or fall by the wayside, leaving the remaining players (Ciena included) in a stronger position.

If Ciena's revenue was falling behind as gross margin shrank, it would counter management's narrative, and suggest that its business may be deteriorating. But that's not the case, as Ciena's revenue beat expectations and increased year over year. The company also raised full-year revenue guidance to 7%-9% growth, up from the company's initial expectation of 4%-6%, which suggests that the company's strategy of lowering prices to win new business is paying off.

Ciena is riding high on the back of strong demand internationally, especially in the high-growth country of India (revenue from India grew 20% this past quarter, making up more than 10% of revenue), as well as with the "webscale," or huge cloud computing companies, which are growing faster than even Ciena (and the clients themselves) had expected.

Meanwhile, as the industry is in a competitive period and stock prices for optical equipment makers remain low Ciena is implementing a stock repurchase program, buying back some 1.4 million shares for $33.4 million in the quarter. Retiring shares when prices are low is an efficient way to return cash to shareholders.

An opening in optical?

Currently, the market is skeptical on the entire optical space's prospects, which is why Ciena trades at only a 14.3 forward earnings multiple, below that of the overall S&P 500, which trades at 17.3 times next year's earnings estimates.

Should smaller players fall by the wayside, Ciena looks to have the scale, the customer base, and the cash flow generation to benefit. Therefore, this quarter's "weak" results may have opened an opportunity for long-term investors to enter Ciena's stock at a discount.