Brian Feroldi, Keith Speights, and Maxx Chatsko
(TMFTypeoh)
Author Bio
Brian Feroldi has been covering the healthcare and technology industries for The Motley Fool since 2015. Brian's investing strategy is to buy high-quality companies and then let compounding work its magic. See all of his articles here. Follow @brianferoldi
Follow @brianferoldi

One of the best ways to grow wealthy is to buy shares of great businesses and then hold on to them for decades. Investors who can do so have a great shot at creating life-changing wealth for generations to come.

So which stocks do we think are great bets for the long term? We asked three Motley Fool investors, and they picked NextEra Energy (NYSE:NEE), NVIDIA (NASDAQ:NVDA), and MercadoLibre (NASDAQ:MELI). 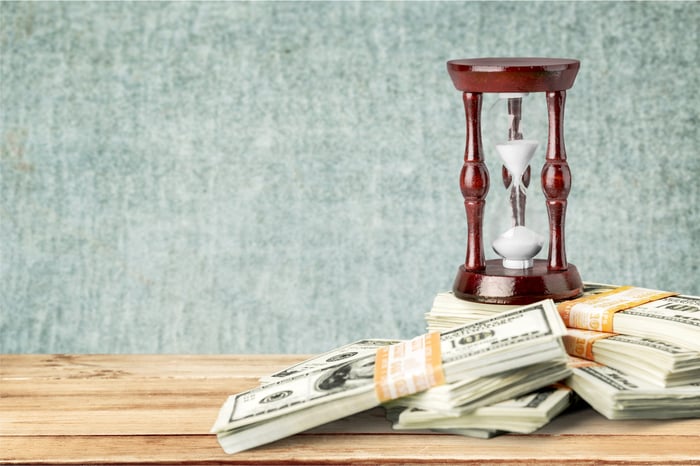 The world's largest utility is one of the cleanest, too

Maxx Chatsko (NextEra Energy): A market cap of $74 billion makes NextEra Energy the largest utility on the planet. It just so happens to be one of the cleanest, too. The company generates 69% of its electricity from wind, another 11% from solar, and another 14% from nuclear. In fact, it's the largest owner of both wind-power capacity and solar-power capacity in the United States.

A giant part of the company's success was its unbreakable commitment to wind farms years ago. That allowed it to build a giant portfolio -- 20 gigawatts (GW), to be exact -- of power capacity capable of generating lucrative subsidies from the production tax credit. Turns out, that really adds up over two decades and tens of billions of dollars in investments.

That largely explains how NextEra Energy built its empire and became one of the best long-term, buy-and-hold stocks for individual investors. The stock has delivered total returns (share gains plus reinvested dividends) of 240% in the last decade, which easily beats total returns of 153% for the S&P 500 in the same span. The scary thing is, the empire building may only just be getting started.

Long story short, there's no better way to play the broad opportunity presented by renewable energy, or the history-making transition toward clean power now underway in the American grid.

Keith Speights (NVIDIA): Old MacDonald didn't have artificial intelligence (AI) on his farm, but AI is changing agriculture and pretty much every other industry under the sun. As a result of AI, your kids could very well grow up to a world that's more like the science fiction of the past than seems possible right now. And NVIDIA is at the center of what's going on.

NVIDIA's graphics processing units (GPUs) dominate what's already a huge gaming market with no slowdown in sight. What could really be interesting is how gaming evolves over the next few decades. Realistic virtual worlds like in the Ready Player One movie aren't too far-fetched. I'd put money on NVIDIA's GPUs powering those virtual-reality environments if they're developed.

And don't pooh-pooh the potential for driverless cars just because of a few high-profile accidents. The economics for the technology -- especially for taxis, ridesharing, and trucking -- are simply too compelling. I totally agree with my Foolish colleague and auto industry expert John Rosevear's view that "NVIDIA is nearly certain to be a major player in the first wave of autonomous vehicles, and could well secure an enduring advantage."

Back in the gold rush days, the biggest winners were those who sold shovels. With many of the top AI companies using NVIDIA's chips, I think they're the equivalent of shovels for AI. NVIDIA is one high-flying stock that I believe has the potential to continue to soar well into the future.

Better than it looks

Brian Feroldi (MercadoLibre): When a richly priced stock underperforms Wall Street's expectations, bad things can happen. This explains why MercadoLibre -- best described as the eBay (and Paypal and Amazon and Craigslist) of Latin America -- has fallen more than 25% from its recent high. The company has been growing its top line at a breakneck pace for many years. But last quarter, it shocked investors by only showing growth of 19%. The sudden slowdown likely caused many traders to flee.

While the headline numbers do look worrisome, there's a perfectly logical explanation for the slowdown. During the quarter, MercadoLibre adopted a new accounting standard that forced the company to subtract any costs associated with its free shipping program from its revenue. That might sound like a small change, but it actually reduced the company's revenue by $112.5 million. If you add that number back in, then top-line growth would have been 60% -- which would have actually exceeded investors' expectations.

Investors who are willing to look past the headline numbers will see that all of MercadoLibre's key numbers are rapidly heading in the right direction. That tells me that this platform is as popular as ever. With plenty of room left for continued expansion, I think that right now is a great time for opportunistic investors to buy a few shares of this fantastic business.