While Walmart (NYSE:WMT) has been in the news for all of the investment it has made in growing its digital business, the chain's warehouse club, Sam's Club, has only received media attention when the company decided to close 63 of the membership-based chain's locations.

That news came at a time when Costco, Sam's closest rival, continued to add stores and grow sales while slowly making its own digital transformation. In many ways, with Walmart announcing initiative after initiative at its core brand, Sam's Club felt a bit like an ignored child.

Nothing was really wrong with the brand, but plans for its future beyond the closures did not seem to be getting much attention. However, that has changed -- at least a little bit -- as Sam's Club CEO Jamie Iannone quietly released some big news on the warehouse club's blog last week. 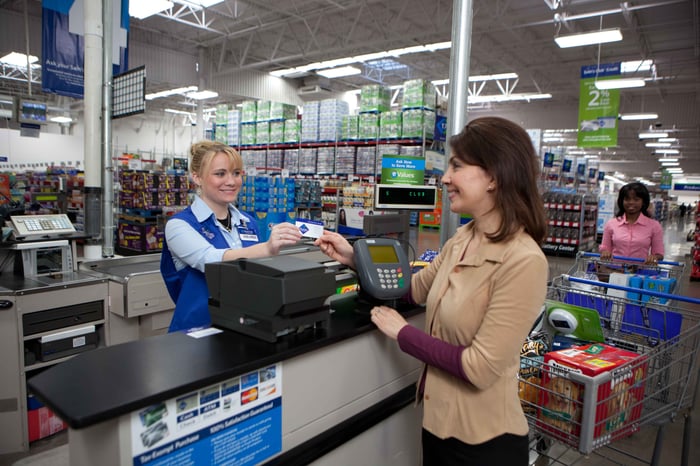 What is Sam's Club doing?

The chain plans to open a small-format store in a Dallas neighborhood. The new location will be 32,000 square feet, about a third the size of the chain's typical warehouse. It will also have a different focus -- one that sounds a lot like what Target (NYSE:TGT) is doing with its store remodels and smaller-format urban locations. The idea also seems to take some of its DNA from Amazon's cashier-free Amazon Go convenience stores.

"While this will be a membership club like all Sam's Club locations, this club will be designed to help us innovate and improve our member experience," wrote the CEO. "The focus will be on making shopping with us even easier through a more digital experience, including fast membership sign-up, easy returns, checkout using Scan & Go, and digital signage throughout the club."

In his blog post, Iannone noted that the idea is an evolving one. He repeatedly used the word "convenience" -- which is something Target CEO Brian Cornell talks about a lot as well. He also noted that "the technologies we use will continue to evolve."

Being smaller means that the new Sam's Club will stock fewer items. It will also -- at least partly -- move away from selling in the bulk quantities that have been a trademark of the warehouse club experience.

"This site will carry a limited number of items focused on the community," the CEO wrote. "We'll lean heavily into grocery and fresh food items such as grab-and-go meals, the consumable items members buy most frequently, and services like fast, same-day Club Pickup and delivery options that will help busy families."

A new day for Sam's?

This is a small step toward developing a future path for Sam's Club. Clearly, the ease-of-buying and price-competitiveness of the internet means warehouse clubs, grocery chains, and most retailers need to evolve.

Testing new concepts is smart and going small, building on convenience, and continuing to offer low prices may be enough to get some consumers to buy items they don't want to wait for from this type of store. This could pave the way for more small locations or be proof that the chain's existing locations need to be remodeled in some markets so the front of the store focuses on convenience (which is part of Target's plan).

One store does not transform an entire brand. Still, every journey has a starting point, and this small-format location could be the testing ground that shows Walmart whether to invest in its warehouse club or move on from it.