Since its initial public offering in 2012, Facebook has changed the world and made impressive progress on its goal of connecting the world. Today, the company counts roughly 2.2 billion monthly active users across its platforms. The social network has also delivered impressive returns for shareholders, with the stock up more than 400% since market close on the day of the company's IPO.

Facebook still has big opportunities ahead, but its massive size suggests it will have a more difficult time delivering relative growth going forward. With that in mind, three Motley Fool investors have identified Paycom Software (NYSE:PAYC), iQiyi (NASDAQ:IQ), and SunPower (NASDAQ:SPWR) as stocks that could put Facebook's returns to shame. 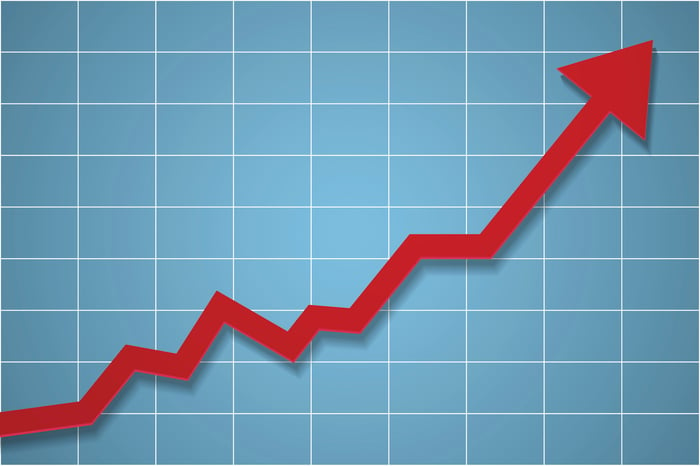 Matt DiLallo (Paycom): Online payroll company Paycom has one goal: overtake ADP (NASDAQ:ADP) as the No. 1 payroll company in the country. Its strategy is to steadily win customers over to its cloud-based human resources software solution by not just providing them with a better payroll services alternative to their current provider but a return on their investment in Paycom's software.

Because of the company's client-focused approach, it has grown at a brisk pace since going public in 2014, with revenue up nearly 270%. However, even with all that growth, Paycom has only taken about 2% to 3% of its addressable market, leaving it a long way to go before it catches ADP. To put the revenue potential in perspective, ADP has hauled in more than $13 billion of revenue over the past 12 months while Paycom's sales have tallied less than $500 million over that time frame. As those numbers show, the company has lots of running room in the coming years as it steadily takes more market share.

Paycom's growth since its IPO has already put Facebook's returns to shame. Overal, the stock is up more than 550% since then while shares of the social media giant are only up about 200% over that time frame. However, with a massive addressable market left to capture, Paycom appears to have significant upside ahead, which positions it to continue outpacing Facebook's returns in the coming years.

A bet on the Chinese entertainment industry

Keith Noonan (iQiyi): Chinese streaming and multimedia company iQiyi had its initial public offering at the end of March, and the stock has already nearly doubled. I purchased shares shortly after its IPO and have been very pleased with the company's performance so far, but I still see big things ahead and don't plan on selling anytime soon.

CEO Tim Gong Yu recently said that rather than being "the Netflix of China," he would rather his company be the country's Disney. That's a tall order, but big investments in original content prove it's serious about this goal, and recent awards nominations for one of its internally produced films suggest it's making real progress on that crucial front.

The business is valued at roughly $29 billion today, but with the backdrop of the world's largest streaming market and rapid economic growth that's leading to big increases in the size of the country's middle class and per-household discretionary spending, I think the company still trades at a discount compared to its long-term potential. While most of the attention is focused on what the company is doing in the streaming-video space, iQiyi also has big growth opportunities in video games and other multimedia content.

The company has already released a 4K virtual reality headset and is in the process of developing new film, television, and game content to support the emerging display format. The VR bets may take a while to pay off from a pure sales and profit perspective, but iQiyi's broader service ecosystem already counts a user base of more than 400 million people, which should help the company tap into for-pay video, gaming, and other new content opportunities.

The solar company built to weather the storm

Travis Hoium (SunPower): Solar stocks have been all over the map for the last two years as demand for solar projects rises and falls with the whims of different governments around the world. Lately, the news has been mostly bad as the U.S. has put tariffs on solar imports and China has cut its solar incentives.

One company that's built to withstand the solar industry's volatility is SunPower, manufacturer of the most efficient solar panels on the market. SunPower has a differentiated product in the residential and commercial market that commands a premium price and is therefore less impacted by the swings of commodity solar panels. The company has acquired one of the largest domestic solar manufacturing plants in an effort to corner U.S. residential and commercial markets and is expanding its energy storage business to provide a full-service solution to customers.

SunPower sells itself as a premium supplier in residential and commercial markets, insulating it from an expected drop in solar panel prices as the year goes on, but in the utility-scale solar market, the company is well positioned to take advantage of falling commodity prices. SunPower's P-Series solar panel is built with commodity solar cells that are cut and shingled when they're assembled to make a panel that's slightly more efficient than traditional assembly processes. Since SunPower is buying commodity cells, it will be able to lower its manufacturing costs and ultimately lower the cost of projects that compete with fossil fuels around the world.

Financially, SunPower is starting to turn its business around. The company has lost $833 million in the past year as asset sales and legacy contracts have hit the bottom line. But gross margins are improving and were 18.6% and 6.3% respectively for residential and commercial solar sales. If margin improvement continues and the utility solar business can start generating a profit, we could see SunPower become the biggest solar manufacturer in the world by revenue. Given the company's market cap of just $1.1 billion, there's the potential this is a highly undervalued growth stock with the potential to put Facebook's returns to shame long term.