Earlier this month, data analytics start-up Domo filed its S-1 Registration Statement with the SEC, signaling its intention to go public in the near future. However, there were numerous red and yellow flags within the filing, including rapidly deteriorating financials, incredibly inefficient spending on sales and marketing, and a few instances of potential self-dealing through various business contracts with other companies affiliated with CEO Josh James. At the time, I opined that long-term investors should not touch the stock.

Domo has just amended its S-1 with some new details, including a major haircut regarding its valuation. 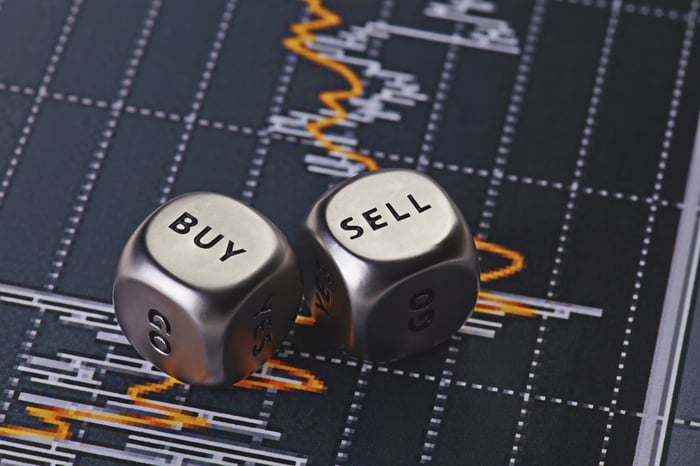 Buying Domo shares will be quite the gamble. Image source: Getty Images.

The company has also updated its estimate for how much voting power James will retain following the offering: James will control 86% of all voting power through his exclusive ownership of supervoting Class A shares.

The company was widely panned for its related-party transactions with other companies affiliated with James, including an aircraft leasing company, a local restaurant, and an interior design company. Domo now says it has terminated all three of these arrangements.

"We believe we received favorable pricing under this agreement; however, in June 2018, we terminated our agreement with JJ Spud LLC," Domo writes regarding the aircraft leasing deal. For the catering and interior design deals, the company continues, "We believe we have received favorable pricing from both vendors; however, we do not intend to do business with either Cubby's Chicago Beef or Alice Lane Home Collection, LLC in the future."

The amount of money that Domo had spent at these three businesses was not particularly material ($2.6 million in total across all three over the course of several years), but it looks awfully bad when you're trying to convince public investors to prop up your floundering company -- fiduciary duties and whatnot.

Domo has had a change of heart, it seems. This program will include a meaningful proportion of the shares being offered. Not only are insiders now welcome to participate, their friends and family are, too (emphasis added):

At our request, the underwriters have reserved up to 690,000 shares of Class B common stock, or 7.5% of the shares offered by this prospectus, for sale at the initial public offering price to individuals through a directed share program, including our directors, executive officers and employees, as well as friends and family members of our executive officers, founders and certain members of senior management, and persons with whom we have a business relationship, including employees of certain customers and suppliers. If purchased by these persons, these shares will not be subject to a lock-up restriction, except in the case of shares purchased by any director, executive officer or employee, which will be subject to a 180-day lock-up restriction.

If friends and family of insiders participate in the directed share program, they'll be free to sell at any time. If Domo somehow has a successful IPO and shares jump, that could be quite a windfall for said friends and family, some of whom are losing lucrative business deals with Domo. (James' two brothers were associated with the aforementioned local restaurant and interior design company.)

In other words, Domo has tried but failed to address criticisms of potential self-dealing, so investors should still stay away.