Enterprise Products Partners (NYSE:EPD) has invested $38 billion on projects to expand its midstream network over the past 20 years. However, the company still has plenty of growth ahead of it, including $4.9 billion of expansion projects under construction and more in development. What makes these investments stand out is that Enterprise has a knack for providing solutions to problems that customers will have in the future before rivals even identify the potential issues. Here are three smart ways the company is getting out ahead of the competition.

Building pipelines in the Permian before anyone else saw the need

The Permian Basin is scorching hot right now. Oil producers are drilling wells so fast that they're about to overwhelm the region's infrastructure. With production currently at 3.3 million barrels per day (BPD), the industry is about to outstrip the region's 3.6 million BPD of pipeline capacity within the next three to four months at its current growth rate. Because of that, "some companies will have to shut in production," according to comments by Scott Sheffield, the Chairman of Pioneer Natural Resources, in an interview with Bloomberg. Others, however, "will be able to continue growing because they have firm transportation" via pipelines, said the Pioneer executive. 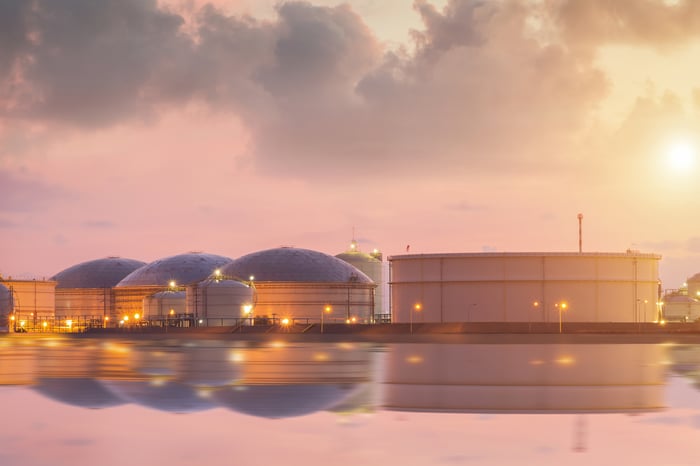 The situation would have been much worse if it wasn't for the fact that Enterprise saw the upcoming need for new oil pipeline capacity a few years ago, which led it to build the 575,000 BPD Midland-to-Sealy line. The company started it up late last year, and it's already filled to the brim. Because of that, the company is looking at other oil pipeline expansion opportunities in the region to help relieve the upcoming constraints.

In addition to oil, Enterprise has been a first mover to ensure that there's adequate pipeline capacity to move natural gas liquids (NGLs) such as propane, butane, and ethane out of the Permian. That led it to develop the Shin Oak pipeline, which will be able to transport 550,000 BPD of NGLs when it comes online early next year.

Along with oil, another hot commodity has been NGLs, which are in abundant supply in shale fields. While this has been a boon to the petrochemical industry, which turns them into a variety of higher value products, NGL production has vastly outstripped industry demand. One brilliant way Enterprise Products Partners has invested in solving this problem is by building plants that consume NGLs so that it can take advantage of the situation. This approach led it to construct a facility that uses propane to make one of the building blocks for plastics. That petrochemical plant started up late last year and provides an outlet for the propane flowing through its pipelines.

Meanwhile, the company started work on another petrochemical project this year that will turn butane into a chemical that's used to make gasoline additive MTBE. This project should start up by the end of next year.

Finally, the company has several expansion projects under way to ship, store, and export ethylene, which is a petrochemical compound made from ethane. One of the projects is an ethylene export terminal, which will move it to global markets. 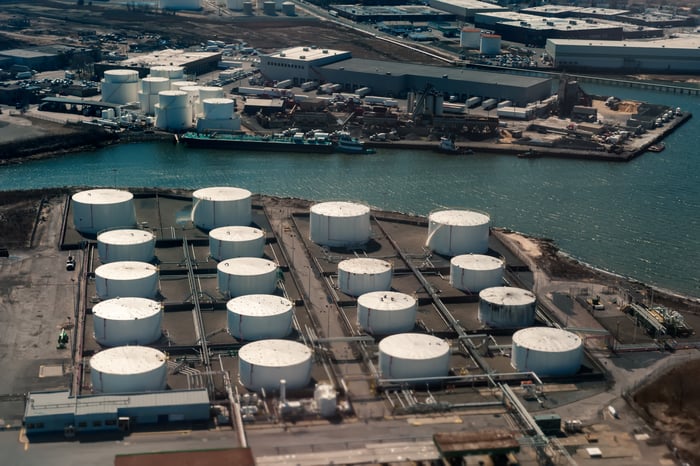 The ethylene export facility is one of several export-related projects developed by Enterprise in recent years in anticipation that production would outstrip domestic demand. Those investments have provided the company with the infrastructure to export oil, refined products, and NGLs to global markets. Because of that, it's currently benefiting from the fact that a growing number of producers want to ship some of their rapidly rising output to global markets.

As one of the few midstream companies with export capabilities, Enterprise has a strategic advantage that will enhance its ability to capture new opportunities in the coming years. Those appear quite likely given the current growth forecasts for both oil and NGLs, which appear poised to significantly outpace current domestic demand and export capacity within the next few years. Because of that, it seems quite likely that Enterprise will be able to make additional investments in expanding its export capabilities in the coming years.

Enterprise Products Partners has wisely followed the advice of hockey great Wayne Gretzky to "skate where the puck is going" by investing where it sees future infrastructure problems. That led it to invest in building new pipelines in the Permian, petrochemical facilities to consume NGLs, and export terminals to ship hydrocarbons to global markets. Because of that, the company will enjoy a big uptick in cash flow this year, along with high-octane growth in the coming years as it finishes projects currently under construction and develops new ones. This growth potential is one of the many reasons why it's a great stock to buy now.