Shares of software giant Microsoft (NASDAQ:MSFT) have been on a roll recently. The stock is up 44% in the past 12 months and 10% in the past three months alone. Its rise comes as Microsoft continues to prove the lucrative prospects of its cloud-based business model under Satya Nadella's leadership.

With such a sharp run-up recently, investors will be watching Microsoft closely when it reports its fiscal fourth-quarter results next month. Can Microsoft keep up its impressive momentum? Here's a preview of some important areas to watch in its earnings report. 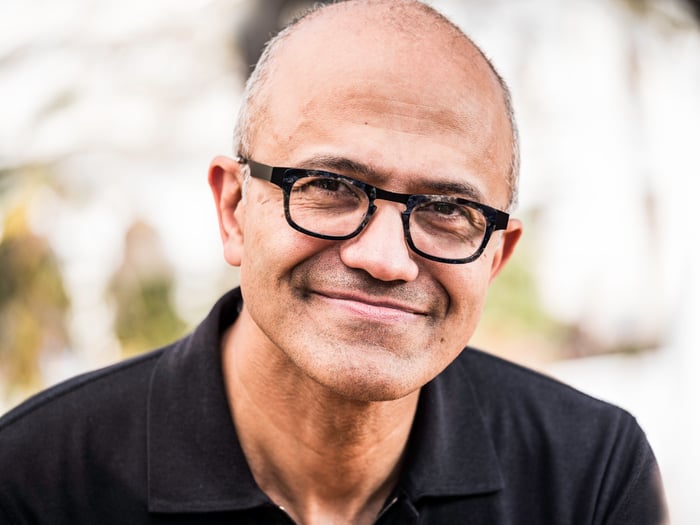 It's no wonder investors are upbeat about Microsoft stock recently. The company's revenue and earnings per share are surging. In its third quarter of fiscal 2018, revenue and earnings per share jumped 16% and 36% year over year, respectively. This is up from 12% revenue growth and 20% EPS growth (adjusted to exclude a one-time charge related to the Tax Cuts and Jobs Act) in the company's second quarter.

Given Microsoft's jump in its stock price, the company will need to prove it can continue to increase its revenue and earnings per share meaningfully. For Microsoft's fourth quarter of fiscal 2018, the current consensus analyst estimate is for revenue to rise 18% and EPS to climb 10% year over year.

Though Microsoft's operating segments are broken down into three major segments called productivity and business processes, intelligent cloud, and more personal computing, investors risk looking over the software giant's greatest tailwind if they only analyze Microsoft by these segments. To fully appreciate its business transformation in recent years, investors should turn to Microsoft's commercial cloud revenue -- a categorization of revenue that lumps together commercial cloud products across Microsoft's business segments. 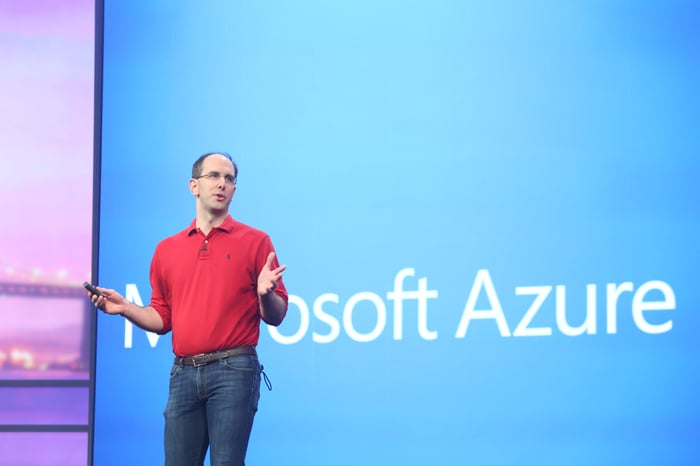 Microsoft's commercial cloud revenue, which primarily consists of revenue from Office 365 commercial, Azure, Dynamics 365, and other cloud properties, captures the extraordinary momentum of the cloud-driven growth engine Microsoft has crafted under Nadella's leadership. In Microsoft's most recent quarter, commercial cloud revenue swelled to $6 billion -- up 58% year over year. The segment's strong growth was driven by 93% year-over-year revenue growth in Azure, 42% growth in Office 365 commercial revenue, and 65% growth in Dynamics 365 revenue.

Investors should look for Microsoft to maintain this strong growth in its commercial cloud revenue in its fourth quarter.

Microsoft's sales of its Surface devices have gained traction recently. Surface revenue increased 32% year over year in the company's most recent quarter. This success was driven by "better than expected performance from Surface Book as we continue to transition to the latest products in our portfolio," management said in the company's fiscal third-quarter conference call.

For Microsoft's fourth quarter, management expects Surface revenue to rise at a year-over-year rate "in the high teens as we continue to transition to the latest products in our portfolio."

Microsoft's fiscal fourth-quarter results are less than a month away, scheduled for after market close on Thursday, July 19.