There are 165 publicly traded real estate investment trusts listed on the NYSE and NASDAQ exchanges that have market capitalizations of $250 million or more as of this writing. However, it can often be a smart idea to look at the biggest and strongest companies in any particular sector, as these not only have the advantage of scale, but also tend to have the most financial flexibility and strength.

With that in mind, here's a look at the 10 largest REITs by market cap, and which of them could be the best buys now. 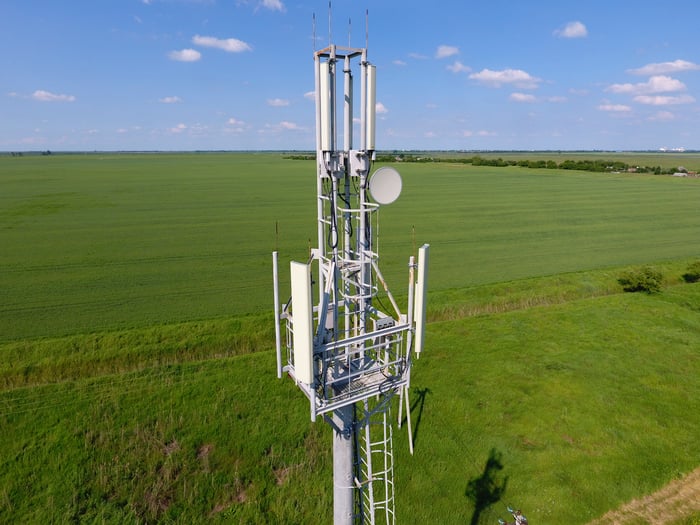 The 10 largest REITs by market cap

American Tower (NYSE:AMT), despite its name, is a global REIT that owns and operates communications towers. The company generally leases its land, builds a tower on it, and rents space on the top of the tower to mobile carriers, radio and television providers, and other tenants.

Simon Property Group (NYSE:SPG) operates malls and outlet centers, including some under its "The Mills" and "Premium Outlets" brand names. Simon's malls are some of the most successful and valuable in the U.S., with five of the 10 most valuable REIT-owned malls among the company's portfolio. And in the outlet space, Simon has a dominant market share and is several times larger than its closest competitor.

Public Storage (NYSE:PSA) is the largest U.S.-based self-storage company by a wide margin. The company has more than 2,700 properties in the United States and Europe. Not only does the self-storage business have an attractive cost structure, but Public Storage has one of the strongest balance sheets of any REIT, with very little debt.

Prologis (NYSE:PLD) is an owner and operator of "logistics" real estate. This includes distribution centers, warehouses, and other properties involved in the transportation and storage of items. Prologis has grown significantly as e-commerce has gained traction, as e-commerce requires far more logistics space than brick-and-mortar retail.

Equinix (NASDAQ:EQIX) is the largest operator of data centers in the world, with more than 9,800 companies utilizing its properties. The company provides the facility, power, security, and cooling equipment for its customers, and they supply their own servers and networking equipment.

Weyerhaeuser (NYSE:WY) is the largest forest product REIT, with 13 million acres of owned timberlands and about 7 million acres that it leases. The company also has a wood products business that sells lumber, plywood, and other products, the majority of which are used in home construction.

Equity Residential (NYSE:EQR) is an apartment REIT that owns more than 300 properties, most of which are located in high-barrier urban or suburban coastal markets, such as New York City, Washington D.C., and Southern California. The company's target markets have strong growth in household formation, especially in the younger (renter) adult age groups, and where homeownership is prohibitively expensive for many would-be buyers.

AvalonBay's (NYSE:AVB) business model is quite similar to that of Equity Residential. Both companies focus on roughly the same markets and have excellent track records of creating value, particularly through development. They're even about the same size, and it's difficult to say that one is more attractive than the other, even in a side-by-side comparison. Trust me, I've tried.

Like Equinix, Digital Realty Trust (NYSE:DLR) is a data center REIT. The company owns more than 200 data centers in the U.S. and international markets, and it leases its space to more than 2,300 customers. The company's tenants include some of the most well-known tech names, such as Facebook, Oracle, and Verizon, just to name a few.

Which are the best buys now?

I like all 10 of these companies as long-term investments, so I don't think investors will go wrong with any of them. However, there are some that look like far more compelling values right now.

For starters, Simon Property Group is trading for not much more than its 52-week low thanks to weakness in the retail industry. However, most of the retail headwinds are not really hurting Simon's properties. In fact, Simon views bankruptcies and store closures as an opportunity to add value to its malls and to adapt to the new retail environment.

Prologis is an excellent play on the continued growth of e-commerce, which still appears to be in the early innings. In fact, e-commerce sales volume is expected to grow by 75% between 2017 and 2020. As one of the most financially solid REITs with an excellent credit rating, Prologis has the ability to take advantage of attractive growth opportunities as the industry continues to evolve.

Finally, I'm a big fan of data center REITs, and particularly of Digital Realty Trust. In fact, the stock is one of the largest positions in my own portfolio and I recently added more on a price dip. There are several catalysts that should keep data center demand growing rapidly for years to come, and Digital Realty has compelling growth opportunities, especially internationally.