It's been quite a comeback for Twitter (NYSE:TWTR). After losing heaps of money for its entire history, the company reported its first real profit earlier this year. Revenue is also growing again, fueled by the company's push into video content. This progress has sent the stock up a staggering 141% over the past year.

One thing that hasn't changed is Twitter's refusal to disclose the number that it's made the centerpiece of its turnaround effort. Look at any recent quarterly letter to shareholders from Twitter, and one of the first things you'll see is the growth rate of daily active users. What you won't see, in the letter or anywhere else, is the actual number of daily active users.

Is the double-digit growth Twitter has been reporting for DAUs impressive? Without knowing the base number, it's impossible to say. 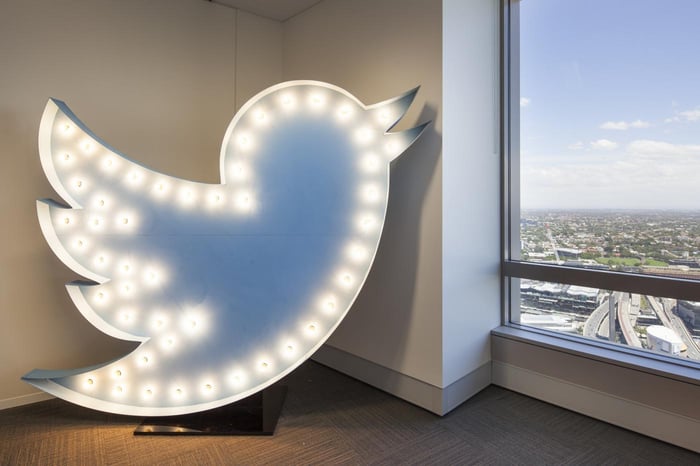 Keeping investors in the dark

The number of daily active users, which is a better measure of how engaged users are on the platform, has been growing much faster. For six consecutive quarters, DAUs have increased by at least 10% on a year-over-year basis. This suggests that Twitter is making progress getting its user base to log in more often.

But how meaningful is that progress? Twitter doesn't want investors to know. The company even went through a back-and-forth with the SEC on this issue, arguing that reporting the number of DAUs would be confusing, since its definition of a DAU differs from those of its peers.

Twitter does have a point. The number of daily active users is not a standardized metric, and there are differences in how social media companies count them. But Twitter's solution of simply not reporting the number at all shouldn't fly. Especially since it used to report the number it now claims is of little importance to investors.

DAUs were important in 2013

Twitter went public nearly five years ago. In its S-1 filing with the SEC, it disclosed that it had more than 215 million monthly active users and more than 100 million daily active users at that time. Taking those numbers at face value, the ratio of DAUs to MAUs was about 46.5%.

Since then, MAUs have increased by roughly 56%. We don't know by how much DAUs have increased. Former COO Anthony Noto gave investors a vague idea of where the ratio between these two numbers stood in an earnings call in July of last year, saying that the ratio was less than 50% and unchanged meaningfully or substantially in the last couple of years. That comment came after three consecutive quarters of double-digit DAU growth.

If 50% is the upper limit on that ratio, Twitter has at most 168 million DAUs at the moment. That's significantly less than Snap, which reported 191 million DAUs in the first quarter, up 15% year over year. And it's way below both Facebook and Instagram.

What we can say, then, is that Twitter's user engagement probably hasn't changed all that much since the company went public. It's trending in the right direction, but double-digit DAU growth is less impressive when the base is small.

What I can say is that I have no interest in investing in Twitter. The company's entire story is based on engagement, and its caginess in reporting the key number needed to tell that story just doesn't sit right with me.