By virtue of its fiscal 2019 year, which began in February, machine data analysis pioneer Splunk Inc (NASDAQ:SPLK) is part of a first wave of companies complying with Accounting Standards Codification (ASC) number 606: "Revenue From Contracts With Customers." This new accounting standard under GAAP, effective for public companies with annual periods that begin after December 15th, 2017, clarifies the reporting of revenue from contractual relationships.

ASC 606 is based on the following, very simple premises. In a contract between two parties, it's logical that specific performance obligations can be identified. It also makes sense that the contract's transaction price should be allocated between these obligations. The provider of a service should be able to recognize revenue in stages as each obligation is performed or satisfied.

Among various guidelines that arise from the logic above, the new standard requires disclosure, in the notes to the financial statements, of a company's quarterly remaining performance obligations, or RPO. Here's how Splunk CFO David Conte defined the remaining performance obligation during the company's May 24 fiscal Q1 2019 earnings call with analysts:

Simply, RPO is the aggregate of deferred revenue and backlog and totaled $765 million as of April 30. And this compares to about $800 million as of January 31.

Now, Conte is simplifying things somewhat for the analysts on the call, but it's nonetheless a pretty good, succinct working definition: RPO equals deferred revenue plus backlog.

Deferred revenue, sometimes called unearned revenue, represents amounts that have been invoiced to a customer in advance of work being performed. It exists as a liability on the balance sheet, because it represents money collected, or at least invoiced and due, in advance of the satisfaction of an obligation.

Deferred revenue also can be thought of as revenue that will hit the income statement once performance of obligations is completed. So, it's an important item to consider when looking at all factors influencing future revenue.

"Backlog," also known as "revenue backlog" in the world of software-as-a-service (SaaS) companies, isn't found on the face of the financial statements. Backlog represents future performance obligations that haven't been invoiced. For cloud-based SaaS organizations like Splunk, subscription services are often the most significant component of backlog.

A simple illustration of RPO 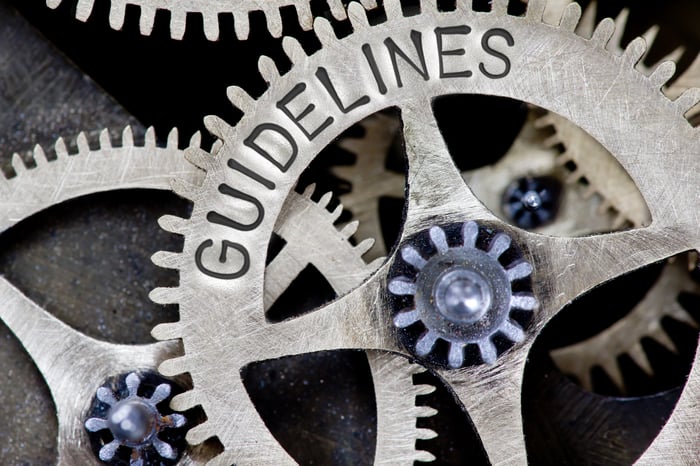 To get a grip on this new metric, let's consider the basic example of a generic SaaS company that sells a cloud service and a related support contract to a customer, both for a one-year period. Suppose the customer prepays the full year's worth of the cloud service in the amount of $2,400. Separately, the customer agrees to be billed $25 on the first day of each month (with the transaction to be paid automatically via credit card) for the duration of the one-year support contract.

After the first three months, representing one business quarter, the SaaS company will record one-fourth of the $2,400 cloud service, or $600, as revenue on its income statement. The remaining $1,800 of services, which has been billed but not earned, can be found on the deferred revenue account on the balance sheet.

The company will also record $75 of support services on its income statement for the three completed and paid months. Since nine out of 12 months remain in the business year, the company has a revenue backlog of $225 ($25 multiplied by 9) arising from the support contract.

Thus, the remaining performance obligation that ASC 606 requires to be disclosed in the notes to the company's financial statements equals the deferred revenue balance of $1,800, plus the revenue backlog of $225, for a total RPO of $2,025.

Applying the new metric to Splunk 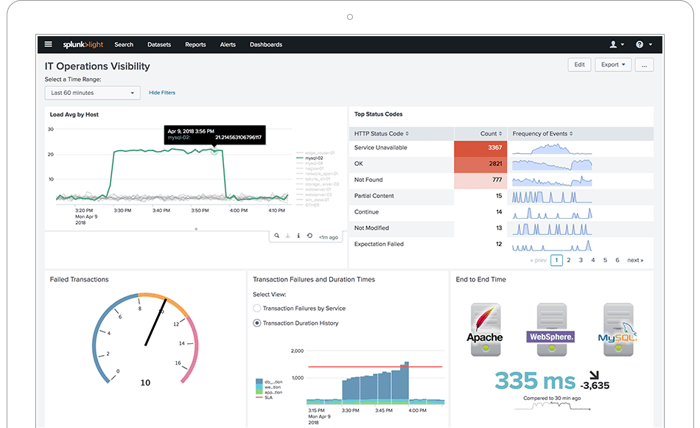 Now let's see what we can glean from Splunk's first quarter adhering to ASC 606. In fiscal Q1 2019, Splunk reported RPO of roughly $765 million, as Conte noted above. We can find the deferred revenue portion of this total on the quarterly balance sheet -- it's approximately $648 million. Subtracting deferred revenue from the RPO reveals a revenue backlog of $117 million.

So, as of April 30, 2018, Splunk boasts $648 million of previously invoiced revenue still to be earned, and $117 million of additional contracted revenue to be invoiced and earned. According to the company's note disclosure, 90% of the RPO will be earned over the next 24 months.

Remember that Conte disclosed that this RPO compares to $800 million in the previous sequential quarter, Q4 2018. The fourth quarter is Splunk's seasonally strongest quarter. We can now watch data points every three months to get a sense of the growth pattern of Splunk's RPO, and by this time next year, we'll have our first year-over-year quarterly comparison number to evaluate.

What are other implications of the new RPO disclosure for Splunk and its SaaS competitors? For investors who have previously tried to make sense of "billings" (i.e., total amount of new invoices issued) in relation to deferred revenue each reporting period, ASC 606 provides a more intuitive way of understanding total contracted revenue. On the earnings call, Conte noted that Splunk would stop providing billings guidance, since ASC 606 makes billings analysis less relevant. He also suggested that RPO is a "better" metric than billings.

I very much agree. RPO is a fine birds-eye metric as it foreshadows top-line growth or decay. Further, you can back out the deferred revenue component of RPO to derive the backlog, and thus get a measure of subscription sales strength or weakness. And for a cloud-based software merchant like Splunk, recurring, predictable, high-margin subscription sales remain the most coveted sales of all. Now investors can more easily follow their trajectory.