In five short years, U.S. spending on cancer medicines doubled, and it's still growing by double-digits annually. Exelixis, Inc. (NASDAQ:EXEL) and Immunogen, Inc. (NASDAQ:IMGN) are poised to ride this trend, but which company will ride it further?

Let's examine the case for both of these biotech stocks to see which has a better chance of moving ahead. 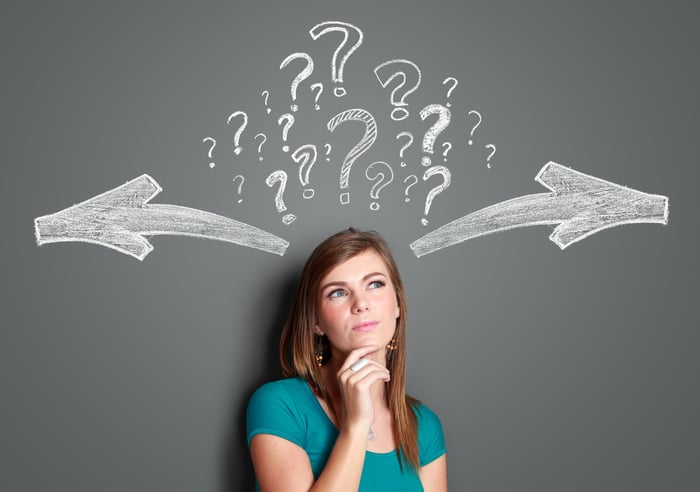 The case for Exelixis Inc.

2018 has been a disappointing year for Exelixis shareholders, but investors in search of growth at a fair price have reasons to pay attention. After sinking around 35% this year, the stock trades at just 24.7 times this year's earning's estimates. That's higher than the average stock in the S&P 500, but the average stock in the benchmark index isn't expected to grow its bottom line at a 34.5% annual rate through 2023.

Exelixis expects a great deal of growth in the years ahead on the back of its lead drug, cabozantinib, a cancer pill that earned FDA approval to treat kidney cancer following common first-line treatments in 2016. Expansion to newly diagnosed kidney cancer patients last December helped first-quarter sales bound 95% higher than the previous year, and further expansions could continue driving demand in the years ahead. In May, Exelixis marketing partner Ipsen announced a first-line kidney cancer approval in Europe. Exelixis also announced that the FDA has agreed to review an application that could expand cabozantinib to treat patients with the most common form of liver cancer in the U.S.

Cabozantinib sales finished the first three months of the year on a $537 million annualized run rate, and the surge from first-line patients who tend to stay on treatment much longer is just beginning. First-line kidney cancer expansions and a possible liver cancer role further ahead could make cabozantinib a $2 billion per year drug in a few short years.

Exelixis has started placing small bets on smaller biotechs developing new therapies that could lead to important partnership deals down the road. For the foreseeable future, though, Exelixis is almost entirely dependent on one product, especially after its first drug, Cotellic, failed to outperform standard care in a colon cancer trial. If anything unexpected gets in the way of cabozantinib's growth trajectory, the stock could stall.

The case for Immunogen

Exelixis may rely on one product, but this biotech doesn't even have a product to sell yet. Investors might not have to wait too much longer, though. The FDA recently agreed to shorten the review process once Immunogen submits an application for its lead candidate, mirvetuximab sorvtansine. If approved, it could become an important new treatment option for ovarian cancer patients who have already failed standard care. 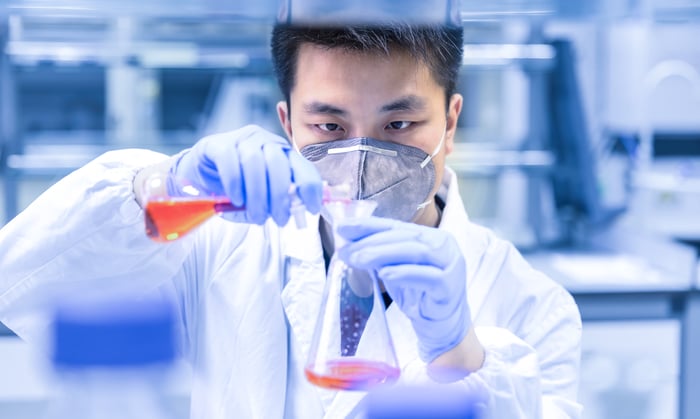 To earn an approval, mirvetuximab will need to outperform standard chemo during the ongoing Forward I trial. Independent data monitors that unblinded the data in April weren't allowed to share any details, but letting the trial continue without adjustments is a good sign. More recently, the FDA gave the candidate a fast-track designation that shortens the review process and allows for increased communication with top-level agency staff when assembling the application package.

At recent prices, Immunogen sports a $1.78 billion market cap that could swell if top-line Forward I results are good enough to bring potential marketing partners to the negotiating table. During a recent proof-of-concept trial, five of eight of ovarian cancer patients with high levels of folate receptor alpha expression responded to treatment with a combination of mirvetuximab and Merck & Co.'s (NYSE:MRK) Keytruda. Immunogen enrolled 35 more patients with similar characteristics, and a similar response rate could result in offers for more than a simple partnership.

Mirvetuximab could become a $1 billion per year drug, but we still don't know if the FDA will ever see its application. I think there's a good chance of coming out ahead with Immunogen stock at recent prices, but any trouble during the rest of the Forward I trial, or during the review process, could lead to heavy losses as the company finished March with just $218 million in cash after losing $37 million in the first three months of the year.

Exelixis, on the other hand, is already producing profits and appears poised to produce a great deal more in the quarters ahead. I think this stock could more than double over the next several years if profit growth simply meets expectations, and that makes it the better buy right now.