When McDonald's (NYSE:MCD) launched all-day breakfast in October 2016, it was an instant hit, and that was no surprise. The chain was giving consumers something they had long asked for -- the ability to order Egg McMuffins, sausage biscuits and the like whenever they wanted them.

Solving the kitchen-logistics problems that had kept the McMuffins a mornings-only option meant more U.S. customers coming through the doors, and increased same-store sales overall. Yet in the process, the chain may have dropped the ball when it came to the actual morning hours, according to CFO Kevin Ozan. Speaking at the Bernstein Strategic Decisions Conference in May, he described the breakfast daypart as the company's biggest challenge when it comes to comparable-store sales.

"That is not breakfast products, because you know we sell all-day breakfast now, but it's the daypart of breakfast," he said, according to a Seeking Alpha transcript of the event (registration required). "And I think some of that is because with everything else going on, we just lost a little focus on that breakfast daypart." 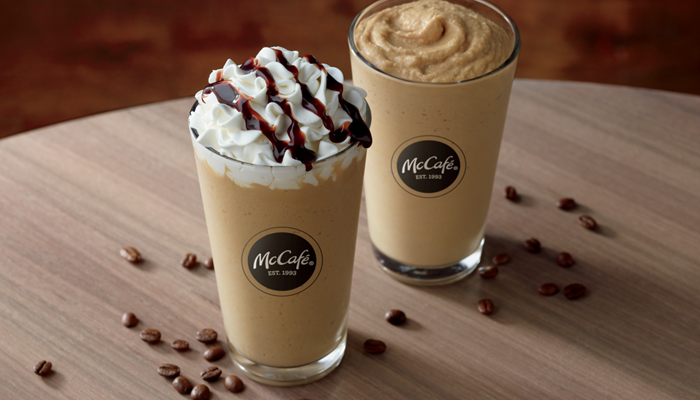 How is McDonald's fixing breakfast?

It's hard to understate the importance of the pre-lunch hours for McDonald's. Roughly 25% of the chain's sales happen during that period, and it's the fast food giant's most-profitable part of the day as well.

"So now there is a new, renewed intense focus on breakfast," Ozan said. "You will have seen 2 for 4 mix and match deals in a lot of the areas around the U.S. You may see different products coming on $1 $2 $3 Dollar Menu related to breakfast. You may see new products by the end of the year. So, it's now an area of focus where I think we took our eye off the ball on breakfast."

The company is taking a number of steps to bolster its morning offerings beyond just shifting its value menu mix. For example, it has added barista-style coffee machines to its U.S. locations, according to CEO Steve Easterbook, who spoke at the Bernstein conference. "So, the espresso-based coffees now are a more important part of our mix as well," he said.

McDonald's is also testing other breakfast changes, such as selling muffin tops and coffee cake at restaurants in the Baltimore area, Ad Age reported. The company has also offered breakfast catering from nearly 200 Florida restaurants, according to the trade magazine.

"The boxed coffee and food can be picked up or delivered," wrote Neil Wallar. "'The "Weekend Warrior' package, which serves six, comes with three Egg McMuffins, three hotcake-and-sausage platters, and six hash browns."

In addition, the chain has been offering all of its small espresso-based drinks for $2, including its newly introduced frozen cold brew coffee.

The burger giant has more tools available that it could bring to bear on the problem of boosting morning sales. The McDonalds app, for example, has 20 million users in the U.S.: There's no reason the chain could not follow in the footsteps of rivals such as Starbucks, and serve those loyal customers special offers to encourage them to stop by in the a.m. It could also, of course, take more traditional routes, such as ramping up advertising for its morning offerings, or even leveraging its renewed partnership with Disney to offer morning-specific Happy Meal prizes.

While menu innovation and discounting may help, the real key here is that McDonald's recognizes that it has a problem in the morning hours, and plans to bring serious resources to bear on fixing it. It has the tools, and Easterbook has shown that he's a strong operator. If he's focused on the morning hours now, expect that crucial daypart to become a lot less sleepy at McDonald's restaurants in the near future.