Please ensure Javascript is enabled for purposes of website accessibility
Log In Help Join The Motley Fool
Free Article Join Over 1 Million Premium Members And Get More In-Depth Stock Guidance and Research
By Anders Bylund, Dan Caplinger, and Timothy Green - Jun 30, 2018 at 7:21AM

These generous dividends should stand the test of time for income investors with a long-term mind-set.

The trick is to separate high-quality income generators from their lower-quality peers. So we asked a few of your fellow investors here at The Motley Fool to share their best dividend ideas with yields of 4% or more. Read on to see why they recommend tech titan International Business Machines (IBM 0.52%), international telecom Orange (ORAN -0.25%), and energy giant ExxonMobil (XOM 2.45%).

A high-energy stock with powerful dividends

Dan Caplinger (ExxonMobil): The energy sector has seen a lot of volatility in recent years, with oil prices having plunged from triple-digit levels all the way down below the $30-per-barrel market before rebounding convincingly. Yet crude oil hasn't regained all of its lost ground, and nervousness about the tenuous nature of the energy market's recovery has left even shareholders in industry stalwart ExxonMobil unconvinced about the industry's future.

Even as the oil giant's dividend has continued to rise, share prices at ExxonMobil have dropped, and that's been enough to give the stock an attractive 4.1% dividend yield right now.

ExxonMobil's major stumbling block has been that it has had increasing difficulty finding ways to replace production, having fallen behind some of its most prominent rivals in pursuing new lucrative projects. The oil giant has long been an industry leader, and it has the financial capacity and determination to use its position as leverage to get involved in deals that smaller companies can't afford to pursue.

It could take a while for ExxonMobil's earnings results to catch up to its ambitious plans, but eventually, the company is in a good position to make good on its strategic promises to its core investors. 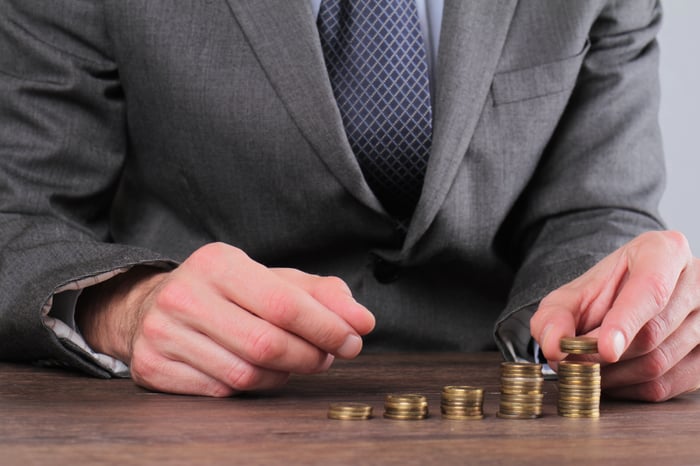 Tim Green (International Business Machines): IBM raised its dividend for the 23rd consecutive year back in April, boosting the quarterly payout to $1.57 per share. The tech company has paid uninterrupted quarterly dividends since 1916. Based on the current price, IBM stock yields about 4.3%.

Why does IBM, a company with a vast global customer base and a century-long track record of adaptation, sport such a high dividend yield? The stock has been beaten down since peaking in 2013, the result of a turnaround that has taken until now to return the company to growth. Investments in cloud computing and artificial intelligence are paying off, but declining sales in legacy businesses are offsetting that growth.

IBM isn't a growth company, partially by design. "Tech is littered with areas that you can have high growth and make no money. That's not us," said IBM CEO Ginni Rometty at a conference in 2015. The company's long-term target is to grow revenue by a low single-digit percentage each year. That's not a very exciting goal.

But IBM doesn't need to move mountains. The stock trades for around 10.5 times adjusted earnings guidance and has a dividend yield well above 4%. In other words, expectations are low. Dividend investors looking for a high yield along with a chance of some serious capital gains should consider IBM. It won't take much to get the stock moving in the right direction.

This ain't your grandfather's Dividend Aristocrat

Anders Bylund (Orange): The company formerly known as France Telecom offers a somewhat unusual dividend policy. The payouts don't always rise year over year, the way you might expect from an American dividend hero. Instead, the company adjusts its payouts up and down as needed, responding to cash flow trends and upcoming expenses.

Over the last five years, Orange's trailing dividend payouts have bounced around between $1.3 billion and $1.8 billion.

What's more, the normal cadence of quarterly dividend checks is replaced by a biannual schedule -- Orange sends out those dividends once every six months.

European investors are used to these things, even if Americans aren't.

Either way, Orange's current dividend yield stands at a fantastic 5.6%. The stock has been lagging the overall market in recent years, hampered by the rise of low-cost rivals in France and other major European markets. In the long run, Orange's growth strategy hinges on high-speed broadband services and expansion in underdeveloped markets such as Poland and Romania. That's the one service consumers in western Europe are still willing to pay a premium for.

The company is also exploring Africa in a big way with mobile networks in 21 countries on that continent. Thirteen of these markets have fast and reliable 4G networks already and the rest will follow.

So Orange's dividend payments may be a little bumpy and unpredictable, but the business foundation is strong and I expect healthy growth for many years to come. The dividends will follow suit, and it's hard to complain about a nearly 6% payout based on an undervalued stock.