Shares of Synchronoss Technologies (NASDAQ:SNCR) closed 10.4% higher on Monday, having reached as high as a 17.5% gain earlier in the day. The provider of technologies and platforms for business-class cloud computing and messaging services provided a large financial update in the morning, restating several years of formerly reported results alongside a fresh take on the first quarter of fiscal year 2018.

Synchronoss' first-quarter sales fell 2.7% year over year, landing at $83.7 million. Adjusted net losses were $0.54 per share, a smaller loss than the $0.63 of red ink per share that was reported in the year-ago quarter.

The company also filed an overdue Form 10-K for 2017, including a full rundown of restated results reaching as far back as 2015. The restatements shaved $190 million off of Synchronoss' revenue over the last five years -- an 8% reduction. 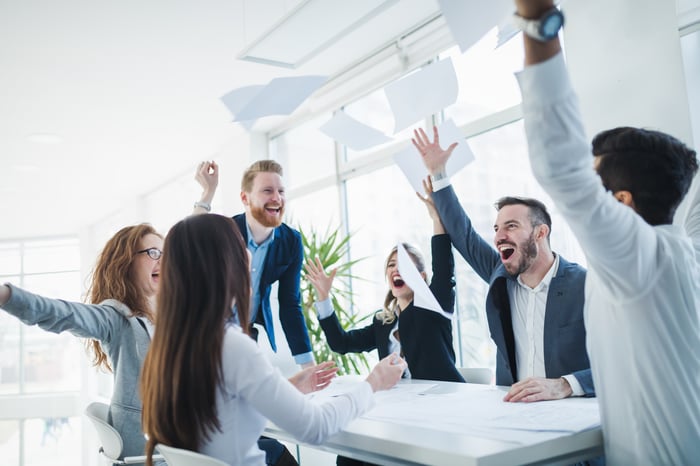 Synchronoss CEO Glenn Lurie admitted that business has been slow lately as management focused on the large financial restatement project while also refocusing the business around its core competencies.

"We have refocused the company on the telecommunications market while also adding the related media and technology sectors, expanding our market with an overall TMT (telecom, media, and technology) focus," Lurie said in a prepared statement. "Synchronoss' filings represent a significant step toward reaching our SEC financial reporting obligations and Nasdaq listing requirements," he added.

It's no surprise to see Synchronoss investors embracing this long overdue report, especially since management also sketched a path toward renewed growth. But the stock is still trading 58% below its 52-week high, and the company has hardly even started a turnaround yet. I'll be watching that effort from the sidelines for a while.