Major benchmarks rose on Thursday as investors looked to the U.S. and Europe to mute trade tensions that have kept the global economy on edge lately.

But some individual stocks missed out on the positive mood prevailing on Wall Street. Read on to learn why Clean Energy Fuels (NASDAQ:CLNE), Sorrento Therapeutics (NASDAQ:SRNE), and iQiyi (NASDAQ:IQ) slumped today. 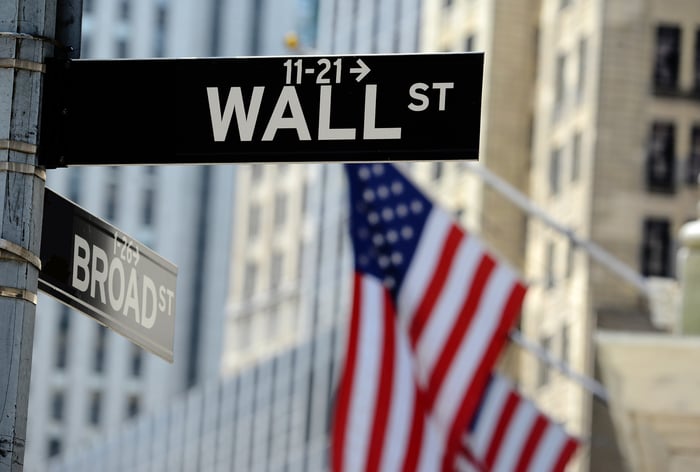 Shares of Clean Energy Fuels plunged 15.5% after Raymond James analyst Pavel Molchanov reduced his rating on the stock to underperform from market perform.

Molchanov cited Clean Energy Fuels' high valuation for his concern, pointing to "excessive euphoria," with the transportation-centric natural gas seller up more than 90% since it announced a strategic partnership with Total SA, which took a 25% stake in the company. The analyst also noted that there are no guarantees that Congress will renew the natural gas fuel tax credit this year, which has served as a boon for Clean Energy Fuels' bottom line.

After falling as much as 11.3% early in the session, Sorrento Therapeutics stock closed down 7.8% with no company-specific news to merit the decline. That said, as Fool.com contributor Keith Speights pointed out, Sorrento did announce its acquisition of lymphatic delivery technology platform from Kimberly-Clark early Tuesday, which was a shortened trading session before the July 4 holiday, so -- even though the terms of price of that acquisition were not disclosed -- today's drop could be a delayed response to the deal.

Of course, it's also worth noting that Sorrento stock is still up more than 240% over the past year as of this writing, helped as investors piled in ahead of the FDA approval of its ZTlido lidocaine topical system for post-shingles pain. But shares also subsequently plunged after that approval finally arrived in early March, then fell again later than month as the steep costs of trying to advance the company's cell-based cancer therapies through clinical trials became more clear. It's no surprise, then, that investors might not take kindly to news of an acquisition by this money-burning enterprise.

iQiyi falls with the rest of China

On a similar note, shares of iQiyi fell 5.4% despite a lack of its own company-specific news. Rather, the so-called "Netflix of China" dropped along with a broader decline in Chinese stocks ahead of the Trump administration's Friday-morning imposition of $34 billion in new tariffs on imported Chinese goods. China's Shanghai index fell 0.8% today, bringing its four-week loss to 12% amid concerns over the effects of new trade war on the Middle Kingdom's already slowing economic growth.

To be clear, iQiyi shareholders are no strangers to no-news drops, especially since the company only just spun off from parent Baidu in March 2018. And though the Chinese video-streaming giant's stock is now down more than 30% from its recent highs set only a few weeks ago, it has still climbed more than 70% from the IPO price of just $18 per share.