Watch specialist Fossil Group (NASDAQ:FOSL) soared higher by over 200% during the first half of 2018, compared to a 2% increase in the S&P 500, according to data provided by S&P Global Market Intelligence. 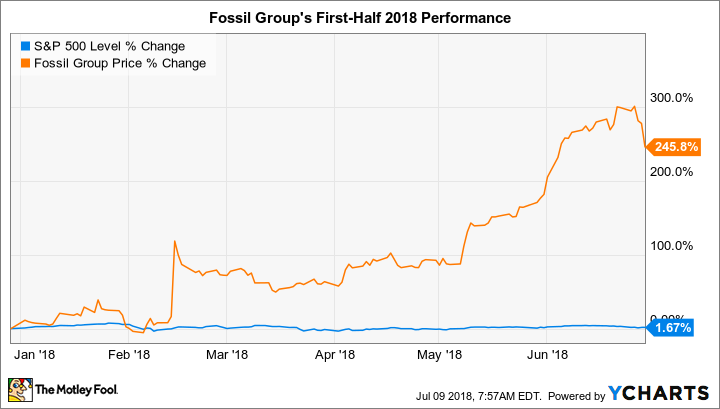 The rally has made it the single best-performing stock in the S&P 500 in that time period, although shares remain far below the recent highs set in late 2013.

Much of Fossil's stock price bounce can be attributed to low expectations. After all, the watchmaker lost 70% of its value in 2017 after consumers accelerated their spending shift toward wearable smartwatches and fitness trackers. That brutal performance followed a 2016 that was also difficult for shareholders, with the stock losing 30% during the year. 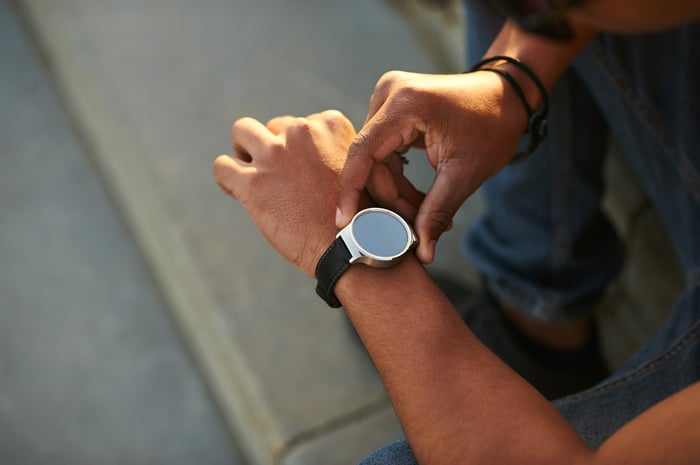 So far, 2018 has been a much better year, thanks to signs that the business may finally be stabilizing. In the fiscal first quarter, in fact, sales and profits beat management's expectations and the company eked out a positive operating margin.

Fossil Group is still expecting sales to drop by as much as 12% this year despite solid growth in its new wearable tech division. Meanwhile, operating margin is projected to cross into positive territory after ending last year at negative 15%. But that success would mark just the start of what's likely to be a difficult road back toward steady sales and profit growth for the company.