Shares of Hertz Global Holdings, Inc. (NYSE:HTZ) have lost 33% so far this year, according to data from S&P Global Market Intelligence. This is as the rental car industry has continued to struggle, disrupted by ride-hailing services like Uber and other changes in transportation.

The rental-car leader sold off on both of its quarterly earnings reports as the company's performance continued to disappoint. As the chart below shows, though shares have fallen over most of the year, the stock's biggest drop came in May after its first-quarter earnings report: 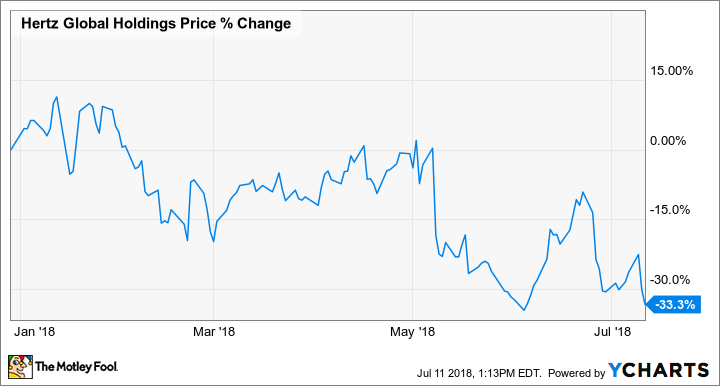 Hertz would soon recover those losses, in part because of an upgrade from Macquarie Research, but resume its slide in February. The stock actually bounced back briefly when Avis reported a better-than-expected earnings report that month, but Hertz then lost 6% on Feb. 28 when its own earnings report came out. Hertz reported a wider loss than expected, at $0.77 per share against expectations of a $0.60 loss, as expenses related to its turnaround effort proved more costly than expected. 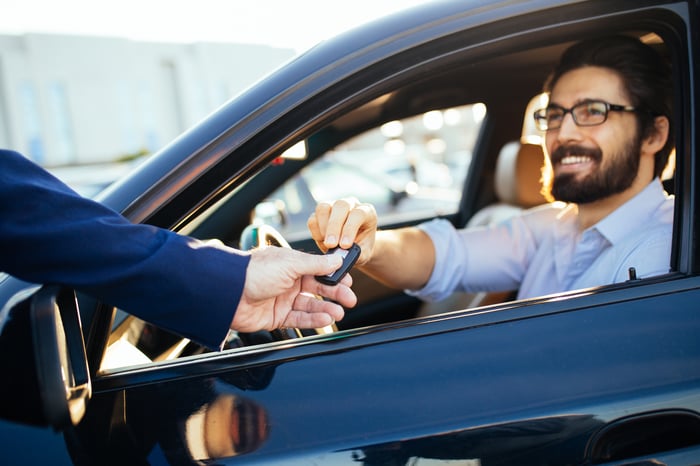 On April 17, the stock fell another 7% as car-sharing platform Turo said it would open itself up to independent rental-car companies. Finally, the stock crashed in May, losing 14% after Hertz again reported a wider loss than expected with an adjusted shortfall of $1.58 on the bottom line. The stock recovered some of those losses after used-car prices were reported at record highs, meaning Hertz can reap more money in sales, but then fell again on a downgrade from Morgan Stanley.

Rival Avis is also down 28% this year, indicating that Hertz's problems are shared across the industry -- these two are the only large publicly traded rental-car companies. Rental cars are often seen as a bad business, as there are high costs and many available substitutes, especially with technology advancing and app-based ride platforms like Uber becoming more popular. Self-driving cars could even make the industry largely obsolete.

Hertz stock is now down a whopping 86% in the last five years as the company has put up consistent losses. If it can't win in this kind of economy, it's hard to see how it will win in any.