Shares of Coty Inc. (NYSE:COTY) have been cracking up this year, falling 29% according to data from S&P Global Market Intelligence. The cosmetics maker actually turned in a decent pair of earnings reports, but the stock has nonetheless fallen amid concerns about legacy cosmetics companies as incumbents like Coty face a number of different threats. Department stores, a traditional cornerstone of cosmetic sales, are closing locations; stand-alone brands like Ulta Beauty, Sephora, and Mac are expanding; and upstarts like Fenty Beauty and Kylie Cosmetics are taking market share as well.

As a result, traditional beauty specialists like the Cover Girl parent may be getting squeezed. 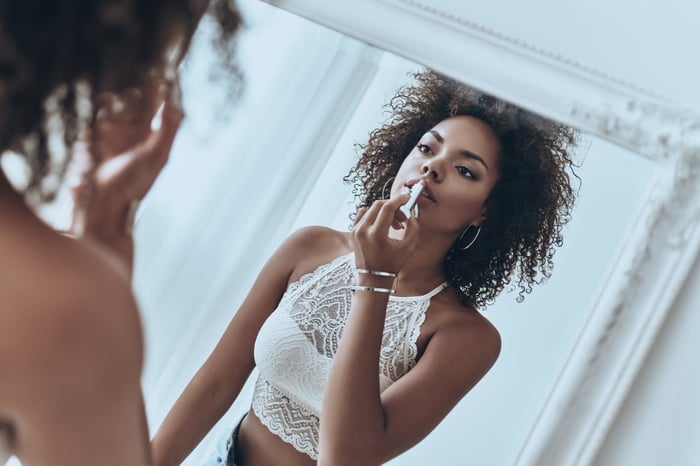 As the chart below shows, the stock's losses came roughly in a three-month period between February and May culminating in a sell-off after its third-quarter report in May, though there was little other company-specific news out during that time. 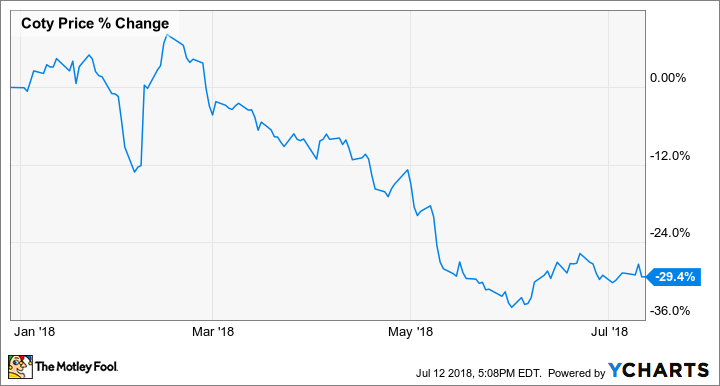 Coty shares dipped at the end of January, following the broader market slide, but the stock quickly bounced back on its second-quarter earnings report, gaining 14% on February 8. Revenue in the quarter increased 10% on a constant-currency basis to $2.64 billion, and adjusted earnings per share increased from $0.30 to $0.32. The growth comes a year after Coty bought Procter & Gamble's prestige beauty business for $12.5 billion, a deal the market had been mostly skeptical of, and those brands as well as additions like Younique drove the growth. The results easily beat estimates for revenue of $2.48 billion and earnings per share of $0.23.

Nonetheless, the stock started to slide at the end of February and continued to fall over the next three months as the company turned to the debt markets for refinancing.

On May 9, the stock lost 6% despite a solid earnings report. The company again topped estimates with revenue up 3% on a constant-currency basis to $2.22 billion, topping expectations at $2.17 billion, while earnings per share fell from $0.15 to $0.13, but still beat estimates by a penny. However, that wasn't good enough for the market, and two days later, the stock fell again as it got downgraded by Deutsche Bank.

Coty shares are now down more than 50% over the last three years. After the slide so far this year, the stock may be entering value territory, but investors seem to be wary of a legacy cosmetics company with declining profits. One thing is clear: The secular headwinds from the rise of e-commerce and newer rivals as well as the decline of department stores are not going away.

Why Coty Inc. Stock Is Down 29% So Far This Year @themotleyfool #stocks $COTY $PG $ULTA Next Article
Current