The latest market numbers reiterate what we already know, that the craft beer market, while slowing, still has potential. Unfortunately, it also confirms that Boston Beer (NYSE:SAM) still has big problems with its beer portfolio.

Industry site Brewbound reports that data from market research firm IRI Worldwide show off-premise sales volumes of craft beer rose just 1.7% at large retail stores in the first six months of 2018, while dollar sales rose 2.9%. Yet the industry may be hit with a summer slowdown, as scans over the four-week period ending June 17 showed those metrics rising 0.2% and 1.4%, respectively.

Like the ills gripping the beer industry as a whole, the problems center around the largest craft brewers. 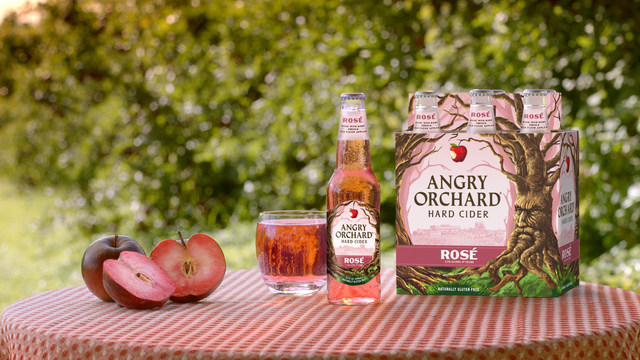 Sierra Nevada Brewing, the third-largest craft brewer according to the industry trade group the Brewers Association, saw flat volumes in the first half of the year but experienced a drop of 2.2% in the four weeks before the report was issued. New Belgium Brewing, the fourth largest craft brewer, and Deschutes Brewery, the 10th largest, are each down more than 10% in the first six months.

While Craft Brew Alliance is not considered a craft brewer by the Brewers Association because of the 31.5% interest Anheuser-Busch InBev owns in the brewer, other reporting outlets still consider it one, and its volumes are down 8% year to date.

Boston Beer, on the other hand, the second largest brewer behind Yuengling & Sons, is enjoying a surge in volumes with 16% growth in the first half of 2018. But unlike Craft Brew Alliance -- which is at least seeing significant growth with Kona Brewing's Big Wave golden ale, which rode volumes 24% higher through June 17 -- none of Boston Beer's growth is coming from its beer portfolio. Instead, it's all coming from cider, tea, and seltzer.

The brewer's Angry Orchard rosé cider, which it introduced nationwide earlier this year, has been a smash hit with drinkers. And as we head into the fall months, it's likely to continue being a big seller, because cider sales tend to pick up at the tail end of summer. IRI data shows it generated over $17 million in off-premise sales year to date, making the cider varietal larger than Heineken Light, Anheuser-Busch's Michelob Ultra Pure Gold, and Lone Star.

Hard cider was a big success for several years for Boston Beer when it launched the Angry Orchard brand, but then went into a two-year funk as more competitors entered the market. Things started to turn around late last year, and 2018 has seen growth once more.

In both wine and cider, rosé has become a popular choice for drinkers, or as Boston Beer chairman Jim Koch noted in the brewer's first-quarter earnings call with analysts, "Rosés are hot."

Other cider brands, including those from MillerCoors and Strongbow, have all introduced rosé ciders recently, with rosé wines and spirits also experiencing an uptake in interest. It's a trend that Southern Glazer's Wine & Spirits, North America's largest wine and spirits distributor, said began in earnest last year and is benefiting from the move toward more-expensive "premium" alcoholic beverages. It notes consumers are willing to spend upward of $20 or more on a bottle of rosé.

The renewed interest in the variety is certainly helping to push cider higher. But Boston Beer's Truly brand of spiked seltzer is also seeing amazing growth, with Koch pointing to the brand continuing to post triple-digit gains. Twisted Tea has also remained strong.

But for Boston Beer, that means its core product -- beer -- is weak. The Samuel Adams brand first-quarter depletions, or sales to distributors and retailers, continued to drag the total down. And though the company had some small success with the introduction of its Sam '76 lager-ale blend and a New England-style IPA, the IRI data doesn't indicate they're making a dent, or if they're even still showing growth.

These seem like one-off beers that are faddish and will soon fade away. Without its Sam Adams lager able to post gains, Boston Beer's beer portfolio will continue to disappoint.

Not that investors have cared much. Boston Beer's stock has surged 70% year to date and more than doubled over the last 12 months. But with the brewer trading at 50x trailing earnings and 42x next year's estimates, this is an expensive stock. That might have been justified in craft beer's heyday but not when the market is weakening.

The industry's growth has been predicated on new breweries entering the market and the swing toward local establishments. Big names like Boston Beer are fading. So unless it changes its name and direction to Boston Cider, the brewer's stock price doesn't seem like it will be able to maintain these lofty levels.