3M Company (NYSE:MMM) shares have been trading in a narrow range for a couple of months now. But thanks to the stock's precipitous fall through April, it ended the first half of the year down 16.4% in value, according to data provided by S&P Global Market Intelligence.

While some are concerned about 3M's decelerating organic sales growth, others believe the stock's proven track record of earnings and dividends makes it a value buy today.

3M started off the year on a solid note, generating solid free cash flow (FCF) for fiscal 2017, backed by 9.6% growth in sales and 11.7% growth in adjusted earnings per share (EPS). Thanks partly to a tax rate cut, management even bumped its fiscal 2018 outlook, calling for strong growth in earnings.

Unfortunately the euphoria was short-lived, as a broader market weakness hit 3M shares hard soon after. The biggest drop in the stock, however, came in April after the company dropped two bombs with its first-quarter earnings release: a massive drop in net income and a guidance downgrade. 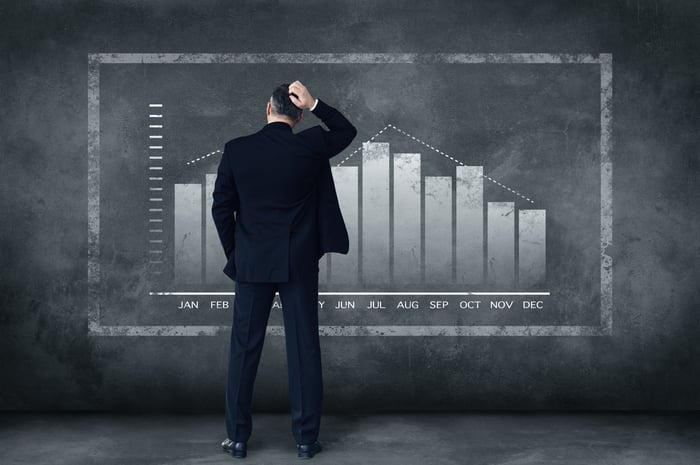 The bigger shock, though, was management downgrading its fiscal 2018 adjusted EPS. It also lowered its organic sales growth forecast to between 3% and 4%, lowering the high end of the range from 5%, thanks mainly to sluggishness in some end markets like electronics. Again, the slowdown in electronics wasn't 3M-specific, as it caught some of the biggest players in the industry off-guard. And 3M still expects to grow earnings and FCF at a solid pace this year.

It's important to understand that although low-single-digit organic growth might seem uninspiring, 3M's ability to convert sales into profits and profits into FCF is unquestionable. In fact, 3M's GAAP EPS forecast of $8.68 to $9.03 for the year still calls for nearly 10% growth at the lower end of the range. Management is also confident of converting all or more of its net income into FCF this year.

In short, 3M remains one of the most consistently growing industrials companies out there. It should continue to reward shareholders come what may, retaining its crown as one of the most dependable dividend stocks among all publicly listed companies.

What Should You Make of 3M Company Stock’s 16.4% Drop in 2018 So Far? @themotleyfool #stocks $MMM Next Article
Current