Crestwood Equity Partners (NYSE:CEQP) has everything an income-seeking investor could want in a high-yield dividend stock. Not only does it pay an otherworldly dividend that currently yields 7.2%, but it supports that payout with a top-notch financial profile.

However, as good as that current income stream is, it's not Crestwood's biggest draw. Even more appealing are its growth prospects, which could enable this pipeline company to generate market-smashing total returns in the coming years. 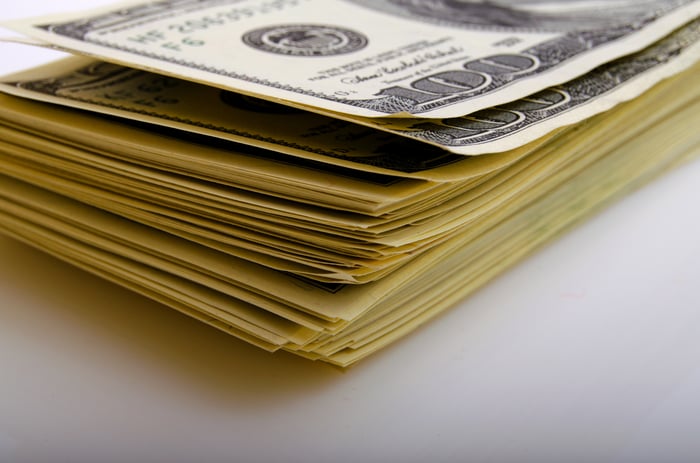 Like many midstream master limited partnerships (MLPs), Crestwood Equity Partners had its share of struggles during the recent oil market downturn. Sinking commodity prices squeezed its profitability, which forced the company to slash its high-yielding distribution and sell assets to shore up its financial profile.

Those actions, however, have helped rebuild the company's foundation on a much-firmer footing. Its leverage ratio, for example, went from a worrisome 4.8 times debt to EBITDA in 2015 to a much more conservative 3.9 by early 2018. Meanwhile, the company went from paying out more cash than came in, to covering its payout by a comfortable 1.25 times to start this year. Further, it stabilized its cash flow profile so that stable fee-based contracts now support 86% of its earnings. These metrics suggest that Crestwood's current payout is on rock-solid ground, especially when considering the growth it has coming down the pipeline. 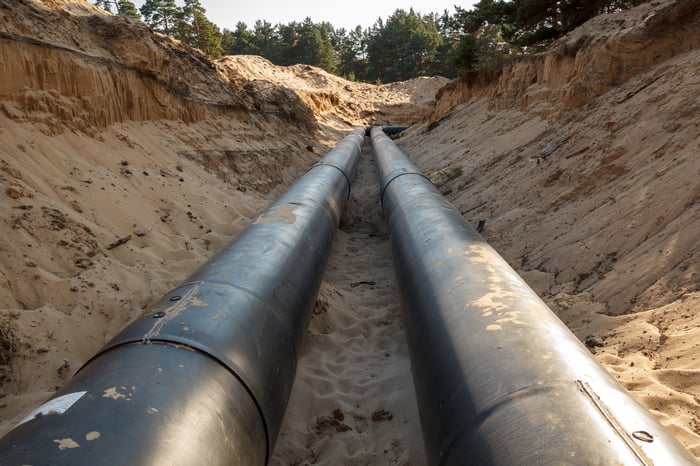 By firming up its financial foundation, Crestwood has been able to invest in expansion projects that will drive growth now that market conditions are on the upswing. The biggest near-term growth driver is its Arrow gathering system in the Bakken shale, where the company is in the process of investing in several expansion projects, including building a new natural gas processing plant.

The company is also building a fully integrated gathering and processing system in the fast-growing Delaware Basin via two joint ventures. The first one, Willow Lake, is with a private equity partner that's building gathering pipelines and a natural gas processing plant to support several producers in the region. The other joint venture, Nautilus, is with fellow MLP Shell Midstream Partners (NYSE:SHLX) to support the growth of oil giant Royal Dutch Shell (NYSE:RDS.A)(NYSE:RDS.B). Nautilus will be a key growth driver for both Crestwood and Shell Midstream because Royal Dutch Shell expects to invest $1 billion per year to grow its production in the region, which will require the partners to invest in expanding this system to handle those volumes.

Looking further ahead, Crestwood has a strategic joint venture with Williams Companies (NYSE:WMB) in the Powder River Basin. The current system is starting to fill up and could reach full capacity later this year given how fast volumes are growing in the region. Because of that, Williams and Crestwood expect to sanction several new projects later this year to support the expansion efforts of their producing partners.

Finally, Crestwood has a joint venture in the Marcellus shale with utility Consolidated Edison (NYSE:ED). In the near term, this joint venture will supply Crestwood with an annual bump to cash flow as the profit share steadily shifts to a 50-50 split by next June. In addition, Crestwood and Consolidated Edison are evaluating several longer-term growth projects to expand the system to help address some pipeline capacity constraints in the region.

Overall, Crestwood estimates that it will invest up to $600 million on high-return expansion projects across its various systems through the end of next year. These investments position the company to grow cash flow per unit at a more than 15% compound annual growth rate through at least 2020. That high-rate growth will further strengthen Crestwood's financial profile while potentially enabling the company to increase its high-yielding payout in the future.

The recipe for market-smashing returns

Crestwood Equity Partners has undertaken several actions over the past few years to solidify its financial situation, putting its 7.2%-yielding payout on rock-solid ground in the process. As a result, the company now also has the financial flexibility to invest in high-return expansion projects, which have it on pace to grow cash flow at an annual pace of 15%. Thanks to its high yield and high growth rate, Crestwood appears poised to deliver total annual returns well into the double digits in the coming years, which makes it an excellent income stock to consider buying now.