Retail giant Walmart (NYSE:WMT) announced a major partnership with Microsoft (NASDAQ:MSFT) today, one that aims to expand Walmart's position in e-commerce in its efforts to challenge Amazon.com's (NASDAQ:AMZN) utter dominance. Walmart says it is looking to "further accelerate Walmart's digital transformation in retail," and plans to leverage Microsoft Azure as a critical part of that strategy.

However, it's worth noting that this is a much bigger win for Microsoft than it is for Walmart. 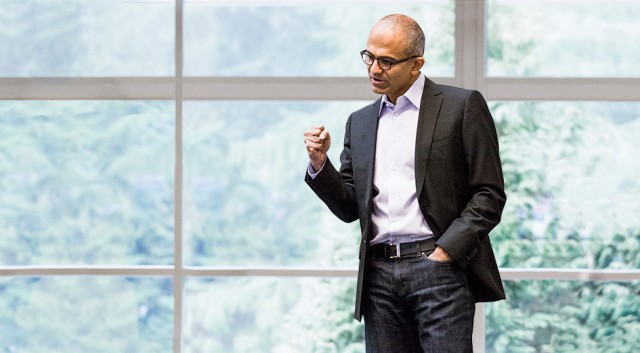 Walmart is the biggest fish

As part of the partnership, Walmart will expand its use of Microsoft cloud services, which will now encompass using machine learning, artificial intelligence, and business analytics for both external and internal purposes. Walmart has already been using Microsoft services in other parts of its business, likely including Office 365, among other productivity offerings.

Of course, Amazon has the largest cloud computing platform in the world with Amazon Web Services (AWS), but the last thing that Walmart wants to do is to support its biggest threat on the retail and e-commerce front. Walmart needs to get cloud computing services from somewhere, so selecting someone not named Amazon isn't really major news for Walmart. But seeing as how Walmart remains No. 1 in the Fortune 500 by more than a factor of 2, it's a huge win for Microsoft. 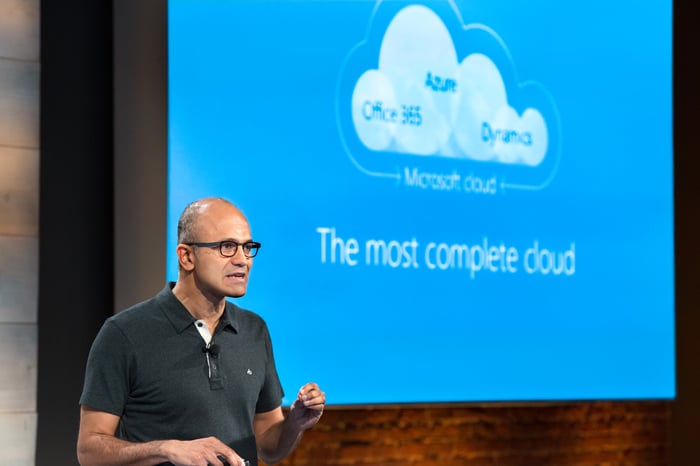 In a related interview with The Wall Street Journal, Microsoft CEO Satya Nadella said that the two companies' common interest in competing with Amazon "is absolutely core to this." Nadella qualified that statement by pondering, "How do we get more leverage as two organizations that have depth and breadth and investment to be able to outrun our respective competition?"

"[R]espective competition" is the operative phrase there, as Microsoft really only cares about its cloud competition with AWS because it has a limited presence in retail. Microsoft has established a strong No. 2 position in the cloud infrastructure market, ahead of Alphabet subsidiary Google but still trailing AWS by a significant margin. Look no further than these recent estimates from Canalys on the top three providers' respective market shares, which combined represent 55% of the market. 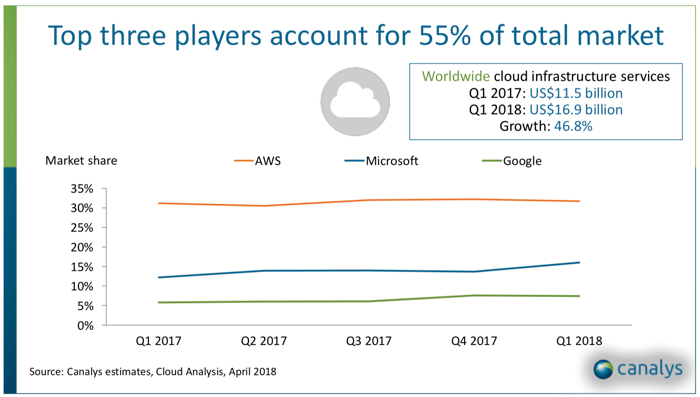 Azure is crushing it

Microsoft has been executing very well in growing its Azure business, with Azure revenue soaring 93% last quarter (89% in constant currency). We've seen more and more of these types of announcements (like Fitbit and Google), and the persistent theme among them is that it's less about what the customer (Walmart, in this case) is getting, as AWS, Azure, and Google Cloud are all fairly comparable in terms of feature sets and pricing.

Rather, it's about the cloud infrastructure platforms competing for a massive market that is still growing at astonishing rates: The market grew 47% to $17 billion in the first quarter. Microsoft is still catching up, and winning Walmart definitely helps.