Streaming giant Netflix (NASDAQ:NFLX) had "a strong but not stellar" second quarter, according to the company's letter to shareholders. About 5.15 million subscribers were added globally, down slightly from the same period last year, but still a big number in absolute terms. Relative to Netflix's guidance calling for 6.2 million new subscribers, the company fell well short.

The miss on subscribers is a minor point in my book. What investors should really be concerned about is the company's exploding marketing costs. Netflix not only gained fewer subscribers than expected in the second quarter, but it did so while spending far more to lock down each of those subscribers. Customer acquisition is getting a lot more expensive for the streaming company, particularly in the U.S. 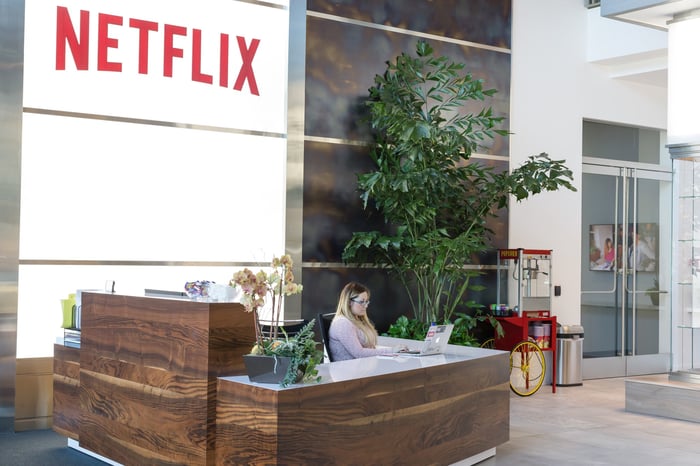 Netflix poured $526.8 million into marketing during the second quarter, about 13.5% of its total revenue. That's nearly double what the company spent in the second quarter of 2017. Despite this heavy spending, Netflix gained slightly fewer subscribers overall, and far fewer in the U.S.

As recently as 2015, Netflix had to spend around $50 in marketing to acquire a new domestic streaming customer. That number has been rising ever since, partly the result of a shrinking pool of non-subscriber households.

The company spent $228 million on marketing in the U.S. in the second quarter and gained just 670,000 new subscribers. That works out to a whopping $340 per subscriber. On a trailing-12-month basis, which smooths things out a bit, Netflix's domestic customer acquisition cost is now above $140. 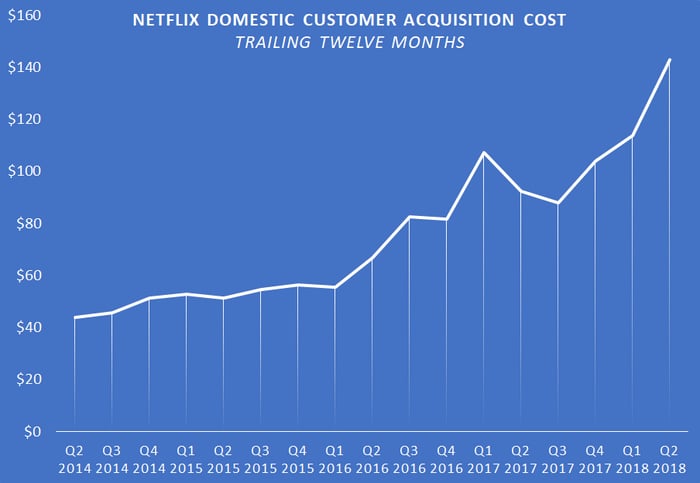 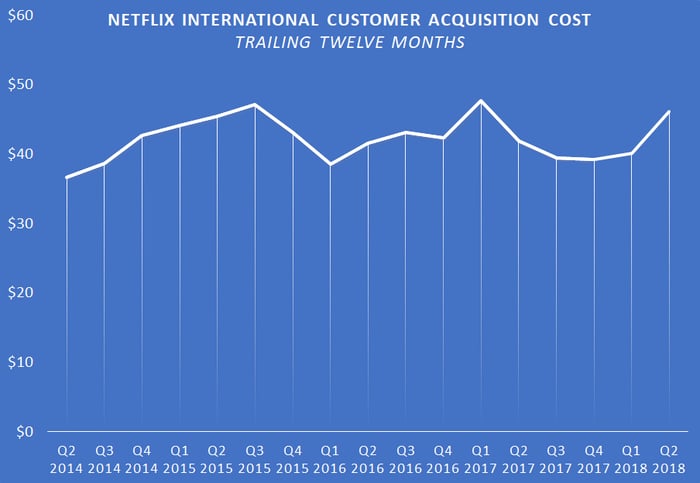 In the U.S., Netflix may be running out of potential customers. The company now has around 57 million domestic subscribers, compared to around 120 million households. That suggests there's plenty of room for growth, but expecting Netflix to win over every household is overly optimistic. The amount of competition ensures that Netflix's market share will remain in check.

Netflix faces competition from other streamers like Amazon, Hulu, YouTube, and HBO, as well as from skinny bundles like Philo, Sling TV, and AT&T's new WatchTV. Those skinny bundles start at around $15 per month, and WatchTV is free for AT&T Unlimited & More subscribers. People can and do subscribe to multiple services, but there are only so many hours in the day to watch the onslaught of content Netflix and its competitors are creating.

Saturation probably isn't a problem in international markets, but competition and a lack of new high-profile shows could be pushing up customer acquisition costs. The World Cup may have played a role as well, with matches starting a couple weeks before the end of Netflix's second quarter.

Profits are taking a hit

This heavy marketing spending, along with Netflix's debt-fueled content spree, are starting to push down the company's margins. Operating margin was 11.8% in the second quarter, down from 12.1% in the first quarter. Netflix's guidance calls for that number to fall to 10.5% in third quarter.

Free cash flow remains deeply negative. The company expects a free cash flow loss between $3 billion and $4 billion this year, a staggering number. Netflix plans to continue to fund its expansion with junk bonds, despite its stock trading for more than 150 times earnings. Netflix is now paying more than $100 million in interest every quarter, wiping out nearly one-quarter of its operating profit.

Shares of Netflix had more than doubled year to date prior to the second-quarter report, driven by, as far as I can tell, euphoria. But cracks in the Netflix growth story are starting to emerge. With the cost of gaining new subscribers on the rise, the path to positive free cash flow is starting to look a lot more arduous to me.