For years, chip giant Intel (NASDAQ:INTC) and memory specialist Micron (NASDAQ:MU) worked closely to develop and manufacture nonvolatile memory chips, such as NAND flash and, more recently, 3D XPoint technology. However, earlier this year, Intel and Micron announced that they'd be going their separate ways with respect to NAND flash memory development, with their collaboration ending once they'd finished co-developing their third (and final) generation of 3D NAND flash.

At the time of that announcement, which the companies made back in early January of this year, both companies said that they would "continue to jointly develop and manufacture 3D XPoint at the Intel-Micron Flash Technologies (IMFT) joint venture fab in Lehi, Utah." 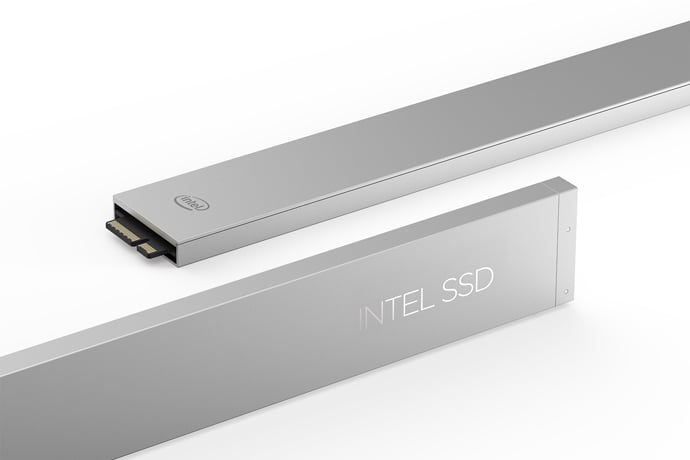 A little over six months later, on July 16, the companies announced that they'll work together until the development of the second-generation 3D XPoint memory (which is a different type of nonvolatile memory than 3D NAND) is done sometime in the first half of 2019. After that, both companies plan to develop 3D XPoint memory technologies on their own.

The rationale given was that by developing technologies independently, each company will "optimize the technology for their respective product and business needs."

Both companies are planning to offer both storage and data center memory solutions around the basic 3D XPoint technology, so I'm quite curious to see how each company intends to differentiate. Micron tends to be quite vocal about its technology directions and progress, so I'll be eagerly awaiting its commentary around 3D XPoint at its next financial analyst day.

Let's go over what this could mean for both companies.

By working together to develop 3D XPoint technologies, both Intel and Micron could split the development cost burden between themselves, reducing the amount that each would have to invest. By going their separate ways, both Intel and Micron won't be able to rely on each other for technical or human resources, which could mean higher development costs for each company.

With that being said, I doubt that the decision to end this co-development relationship was made overnight. It stands to reason that both companies have been preparing for this split for some time and thus have been adding the resources to their respective teams to be ready to handle developing future versions of this technology independently.

When Intel announced that it planned to convert one of its old logic chip factories into a 3D NAND manufacturing plant back in late 2015, the company had to begin laying out capital expenditures to equip that factory. Since then, the company has been spending a reasonable amount of money on memory-related capital expenditures to build, maintain, and expand its 3D NAND manufacturing capacity.

Last quarter, Intel said that it expected to spend $14.5 billion on capital expenditures during 2018, with net capital deployed being $12.5 billion because customers prepaid $2 billion as part of memory supply agreements.

Intel and Micron said that they will keep jointly manufacturing 3D XPoint memory technology at the Intel-Micron Flash Technologies (IMFT) factory in Lehi, Utah. However, once the companies' 3D XPoint technologies diverge by the third generation of the technology, the companies are likely going to need to have their own, independent factories.

To that end, I'd imagine that Micron will take full ownership of the IMFT factory that's jointly owned by both companies and Intel may end up simply building and equipping its own 3D XPoint factory as it did with 3D NAND.

We should get a better idea of how things will ultimately play out when Intel provides its financial guidance (and, in particular, its capital expenditure guidance) at the beginning of next year.

Intel and Micron were technology development partners for many years and such a partnership made sense when Intel's memory ambitions weren't as big as they are today.

However, with Intel going from a relatively niche vendor of nonvolatile memory storage drives to a company for whom nonvolatile memory will be a key business driver for years to come, the joint technology development and manufacturing agreements likely no longer made sense.