Impressively, as Adobe grows larger, it keeps expanding its profitability. Operating margin has increased steadily over the last four years, roughly tripling to a current level of 32%. This ample margin is positively impacting cash flow: Adobe boosted operating cash flow by more than 50% in the second quarter of 2018 versus the prior-year period, to $976.4 million. The company is using some of its ongoing cash haul for shareholder-friendly actions: Last quarter, Adobe repurchased $700 million of its shares on the open market. 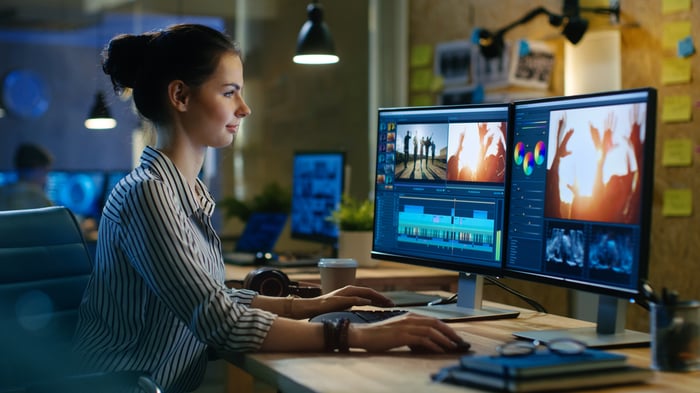 It's possible that shares may take a breather at some point in the upcoming quarters given the tremendous run-up so far in 2018. However, its recent appreciation hasn't thrown Adobe into overvalued territory. Company stock trades at a forward price-to-earnings ratio of 38; that's a rich premium to the broader market, but in line with application software stocks in the S&P 500 index, which currently trade at an aggregate forward P/E ratio of 37. Given its sustained revenue and earnings growth at double-digit rates, and ascending profitability, Adobe arguably deserves a richer valuation.