Forever is an awfully long time, but if you buy stocks that you don't have to babysit, then it becomes much more manageable. The best stocks to buy and hold forever are supported by businesses churning out predictable cash flows, investing in unstoppable trends, and boasting a history of creating value for shareholders. It seems simple enough, but finding long-term gems isn't easy.

With that in mind, there are solid reasons to count French energy giant Total (NYSE:TTE), electric utility NextEra Energy (NYSE:NEE), and water technology manufacturer A.O. Smith Corporation (NYSE:AOS) among the best buy-and-hold stocks for investors with a long-term mindset. Here's why. 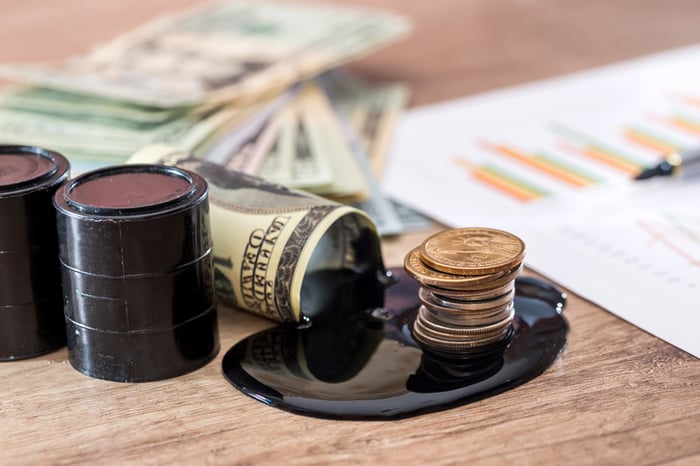 Total's ultra-long-term operational strategy can be summarized relatively simply: Focus on crude oil projects with the highest rates of return, build a leadership position in the natural gas value chain, and gobble up enough electric and natural gas utility infrastructure to maintain a leadership position in the future of energy. Even more succinct: Total is slowly building a foundation to morph into an energy utility. It makes sense, too, if the oil and gas producer wants to thrive in a world where transportation is powered by electricity instead of liquid petroleum fuels. Other big oil peers have a similar strategy.

While it'll take decades to complete the transition (gas and renewables provided just 3.4% of adjusted operating income in the first quarter of 2018), investors will be in good hands for the duration of the journey. Among oil majors, Total ended 2017 with the highest return on equity for projects (above 10%) and sported the lowest net debt-to-capital ratio (12%). That provides plenty of financial flexibility to continue investing in growth projects, including those that grow the company's fledgling renewable energy portfolio.

Consider that between 2017 and 2022, the company wants to increase crude oil production 5% per year, liquefied natural gas production 150% total, and improve free cash flow to $26 billion per year. Much of the earnings and cash flow growth will come from capital discipline, not a crazy expectation for high crude oil prices: Total's projections are based on crude oil at $60 per barrel.

More importantly, the medium-term strategy provides investors with long-term security, especially in the event electric vehicles make good on their potential. With about 15 to 20 years' worth of oil reserves remaining, and a buildout of gas and renewable businesses, it might be possible for Total to gradually wind down its oil operations by mid-century to focus on its new life as an electric and gas utility. Even if there are some hiccups along the way, shareholders earn a 4.7% dividend today for their patience and should escape any hard shocks from oil's declining market share.

NextEra Energy boasts the largest market cap of any electric utility on the planet. It earned the top spot in a relatively short time period by making a bold bet on renewable energy when few others took it seriously. Today, after investing billions of dollars in wind power, the company has over 14 gigawatts (GW) of installed wind capacity in North America. That could rise to 18 GW by the end of 2018, but NextEra Energy has much larger ambitions.

The business comprises two segments: Florida Power & Light, a leading electric utility in the Sunshine State; and NextEra Resources, a nationwide power generator. The former has ambitious plans to add several gigawatts of solar power to its network in the next several years, including some of the first utility-scale solar-plus-storage installations in the country. It provided 35% of NextEra Energy's total net income in 2017.

The latter is similarly ambitious, but on a national scale. While NextEra Energy Resources owns a backlog of 28 GW of wind and solar projects today, it's aiming to grow that to 40 GW by 2020. To put that in perspective, the entire country had about 130 GW of combined wind and solar power capacity at the end of last year. In other words, the incredible growth of the last decade may not be coming to an end anytime soon just because the energy company is valued at $80 billion.

Even management's near-term expectations hint at that much. NextEra Energy expects to grow its dividend 13% per year through 2020 -- before some of its largest-impact growth projects begin contributing. Considering the company has a massive capital base to draw from to reinvest in long-term growth, coupled with the quickly falling costs of wind and solar electricity generation, investors should consider this a great buy-and-hold stock. 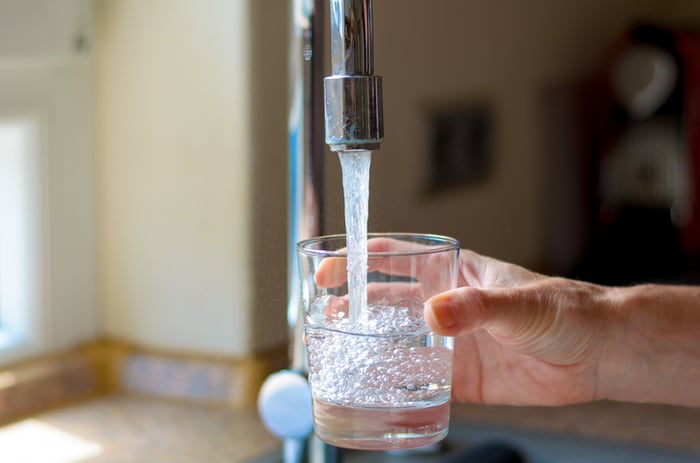 There's nothing flashy about the business of A.O. Smith, but selling residential and commercial water technology products throughout the world has quietly powered the company's shares past the returns of some of the leading high-growth technology companies since 2011, when it went all-in on its current strategy. Turns out tapping into the long-term growth of the global middle class was a pretty good idea: The stock has put up total returns of 1,080% in the last decade, compared to just 180% for the S&P 500.

The business in North America is carried by the slow and steady stream of residential water heater replacements and some positive surprises here and there when new home construction exceeds expectations. A focus on energy-efficient products, including top-of-the-line solar water heater systems, has kept the A.O. Smith brand at the top of the leaderboard on the continent, which demonstrates that the manufacturer is keeping up with the latest trends.

However, the company's huge bet on the Chinese market -- where many households have purchased their first water heaters -- has carried growth in the last decade. In 2017, the business generated $1 billion in revenue from China for the first time. And it's still growing at a double-digit clip. That has allowed A.O. Smith to generate copious amounts of cash flow, which it has reinvested in growth opportunities.

For instance, in a span of just a few years the company built a formidable portfolio of residential water purification products that it expects to generate up to $400 million in revenue in 2018. That's just the latest example proving that management knows what it's doing, and it has certainly earned the trust of shareholders. Then again, with the ability to cash in on energy-efficiency trends in North America, a swelling middle class in China, and new business opportunities in water purification products, can investors really argue any other way?

The goal of investing for the long haul is to build wealth over time. However, considering the majority of stocks fail to beat the returns of the S&P 500 over the long term, it's important for investors to own solid businesses with sizable advantages or growth opportunities in their respective markets. That's what makes Total, NextEra Energy, and A.O. Smith worthy of inclusion in any buy-and-hold portfolio.