There's no question that Wayfair (NYSE:W) has been a success on the stock market. Since its 2014 IPO, the stock has more than tripled, and those gains have come almost entirely since the start of 2017. Revenue growth has accelerated after declining for several previous quarters, and investors now seem convinced the company is here to stay as it approaches $6 billion in revenue this year.

However, one big question has loomed over the stock for its entire history: Will Wayfair ever be profitable? Founded in 2002, the company has never turned a profit, and in most years this decade, its bottom-line loss has widened. 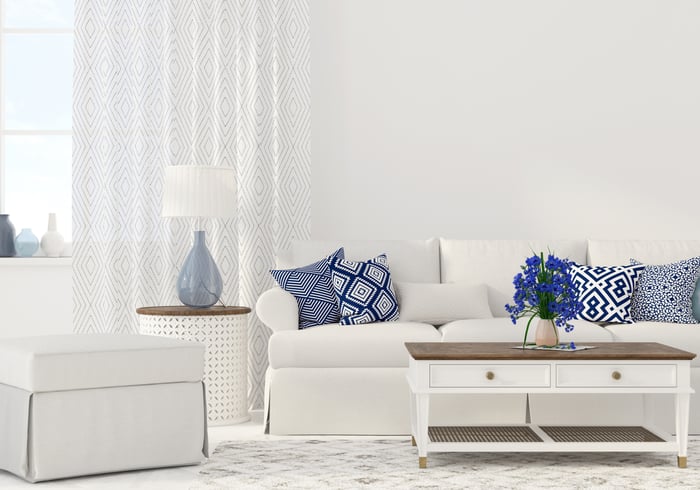 A tough category for e-commerce

Wayfair has been a rare success story as an e-commerce direct seller that has been able to put up steady growth and build a sizable business. Many such companies folded when the dot-com bubble burst, and more recently, pure-play online retailers like Overstock.com have struggled to both grow and turn a profit. By contrast, marketplace models like eBay, Etsy, and Grubhub, where e-commerce companies simply connect buyers and sellers and take a commission, have been more successful generating profits.

The retail industry overall is known for slim profit margins, and that's highlighted by high-ticket, low-volume items like furniture. The online channel has been notoriously difficult to turn a profit in due to the high cost of shipping and processing returns, and especially because of cutthroat competition from Amazon. Amazon has been content to operate its retail business at essentially breakeven, pressuring margins at competitors in both online and offline channels, and making life difficult for direct sellers like Wayfair. That could get even worse as Amazon has shown increasing interest in furniture and home goods.

In management's own words

In Wayfair's own IPO prospectus, management admitted that the company may never generate a profit, saying:

We have a history of losses and expect to have increasing operating losses and negative cash flow as we continue to expand our business. Because the market for purchasing home goods online is rapidly evolving and has not yet reached widespread adoption, it is difficult for us to predict our future operating results. As a result, our losses may be larger than anticipated, and we may never achieve profitability.

More recently, the company has outlined long-term goals, including bringing gross margin up to 25% to 27% and other operating expenses down to 15% to 19%. That means its operating margin would be somewhere between 6% and 12%, a respectable figure and one that would translate into a net margin of 4% to 9% after taxes, which is as good or better than most retailers.

A deeper look at the numbers

So how do the latest results stack up against those goals?

Last year, the company had a gross margin of 23.7% and other operating expenses of 28.7%. Given those figures, the company is still far away from reaching its long-term targets, but there are ways it could move closer to them.

Advertising, for example, is one of the company's biggest line items, taking up 11.7% of revenue last year. That percentage should naturally come down as the company gets bigger, and management hopes to bring it down to 6% to 8%. However, the fact that the company is spending so aggressively on marketing is a sign that it sees a significant growth opportunity and understands that it needs to capture those customers while the market for them is ripe. Considering that revenue grew 46% in the most recent quarter, it seems like management is doing the right thing.

Assuming the other current figures hold, however, if advertising spend declines to within Wayfair's desired range, the company would essentially be operating breakeven.

With that in mind, Wayfair could be profitable if that were its only goal. But as evidenced by the stock price tripling over the last year and a half, investors are far less concerned about profits so long as Wayfair continues to deliver outstanding growth. U.S. e-commerce in general is growing 15% annually, and the broad retail sector is expanding by just a few points, so Wayfair's 40% growth in 2017 is evidence of the huge opportunity management is seizing in home goods.

And the more market share it takes, the better its chances are for long-term sustainable profits. For now, the key question for Wayfair isn't whether it will ever be profitable, but how big it can get -- some analysts expect the company to double its 2017 revenue in just three years.

That's the kind of expectation that explains why the stock has enjoyed such an impressive rally since early last year. So long as the top line continues to rise, the stock is likely to follow suit, profits or not.

Will Wayfair Ever Turn a Profit? @themotleyfool #stocks $W Next Article
Current