PC shipments fell as smartphone shipments grew in recent years, sparking a crisis among top PC makers. However, global PC shipments finally rose 0.7% during the fourth quarter of 2017, according to IDC, marking the first holiday quarter with growth in six years. 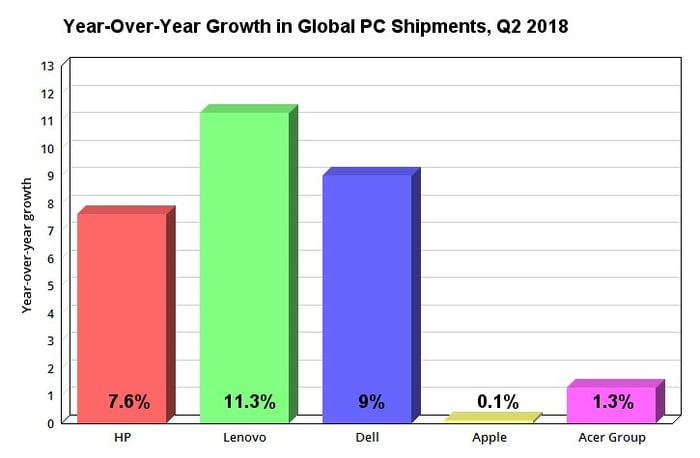 HP, which led the market with a 23.9% share, saw robust demand for its new 2-in-1 devices, particularly in North America. Lenovo, which claimed 22.1% of the market, benefited from its takeover of Fujitsu's PC business.

Dell claimed 18.1% of the market as sales rose across nearly all regions. But Apple, which held a 6.9% share, probably won't see its sales rise much until it updates its MacBook lineup later this year. The PC industry remains a slow-growth one, but these numbers indicate that smartphones won't replace PCs anytime soon.