Shares of embedded microphone maker Knowles (NYSE:KN) closed Wednesday's trading session 13.4% above Tuesday's closing prices. The company's second-quarter report, which posted on Tuesday night, crushed Wall Street's estimates across the board, with a side of bullish revenue guidance for the second half of 2018.

Knowles reported second-quarter earnings of $0.18 per share on $188.4 million in top-line sales, comfortably ahead of analysts' consensus estimates at $0.14 per share and $180 million, respectively. Management also outlined a path to 9% higher full-year sales, driven by strong order momentum from Chinese device makers and the upcoming ramp-up of next-generation iPhones from Knowles' largest customer, Apple (NASDAQ:AAPL). 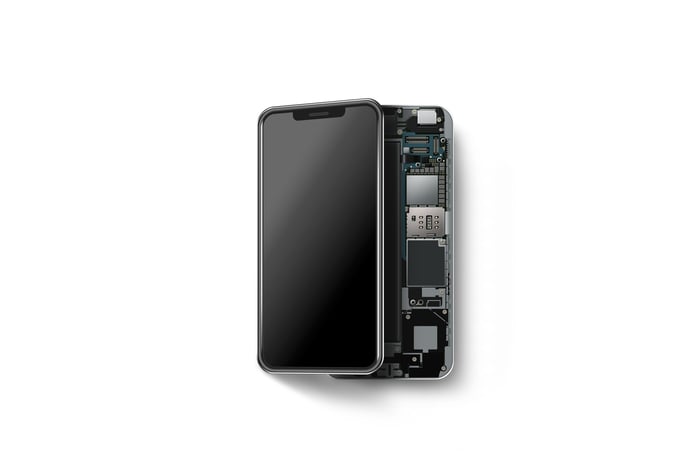 Knowles has been providing so-called MEMS microphones to Apple since the iPhone 7, so it's not a new partnership. At the same time, the upcoming Apple-driven revenue surge seems to indicate that this year's new iPhones might carry more silicon-based microphones than former models.

I'll dig into the inevitable device teardowns when Apple releases the updated line of smartphones. Until then, it's probably best to just keep an eye on Knowles from the sidelines as the stock completes its bounce-back from an equally Apple-based April trough, notching a 62% gain from those lows so far.