Shares of United Natural Foods Inc. (NASDAQ:UNFI) were skidding today after the market gave the thumbs-down to the food supplier's acquisition of SUPERVALU INC. (NYSE:SVU). Investors seem to believe UNFI is overpaying for SUPERVALU, which operates as both a supermarket and a food wholesaler, as it paid a 67% premium over SUPERVALU's closing price yesterday. UNFI said it would pay $32.50 per share, or about $1.3 billion, for SUPERVALU. Including SUPERVALU's debt, the deal is valued at $2.9 billion. 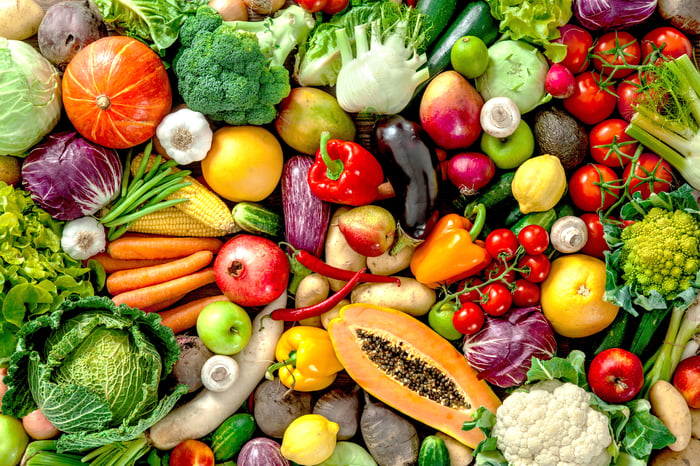 Despite the sell-off, United Natural Foods sees the deal as a win, arguing that it will strengthen and diversify the company and allow it to grow at a time of increasing consolidation in the grocery industry.

This transaction accelerates UNFI's "Build out the Store" growth strategy by immediately enhancing our product range, equipping us to bring an attractive, comprehensive product portfolio to an expanded universe of customers. Combining our leading position in natural and organic foods with SUPERVALU's presence in fast-turning products makes us the partner of choice for a broader range of customers.

UNFI also said the deal would result in $175 million in synergies and would be accretive to earnings after the first year, growing earnings per share by double digits.

Even with that endorsement, the market wasn't impressed, believing that UNFI is overpaying for a company that has struggled, and taking on more debt than it can afford to. In the press release, UNFI acknowledged that its EBITDA-to-debt ratio would be high, though it said that leverage would come down in subsequent years as the company pays off debt and sells SUPERVALU's retail assets.

The high acquisition price was a result of UNFI engaging in a bidding war for SUPERVALU with C&S Grocers, the largest wholesale grocery-supply company in the country. UNFI stock has struggled in recent years as the food industry has consolidated around it, and other organic channels have opened up. So while the company may be paying a steep price, getting bigger seems to be the right move. Its biggest customer is Whole Foods, and investors seem to be wary of its negotiating power now that that company is owned by Amazon -- another reason for UNFI to diversify.

The deal is still pending approval by SUPERVALU shareholders, and is expected to close in the fourth quarter of this calendar year.