Please ensure Javascript is enabled for purposes of website accessibility
Log In Help Join The Motley Fool
Free Article Join Over 1 Million Premium Members And Get More In-Depth Stock Guidance and Research
By Karen Mikolainis – Jul 30, 2018 at 8:01AM

With a strong brand and low-cost memberships, Planet Fitness is printing money for shareholders. Could this growing franchise pump up your portfolio?

As an investor, I love "cash machines" -- strong, profitable businesses with recurring revenue and a rock-solid customer base.

With 45 quarters of consistently high performance, great brand positioning, a strong market position, and subscription-based sales, it's no surprise that Planet Fitness (PLNT 6.43%) is rewarding shareholders with all-time highs. Bonus: The company has solid plans for its continued success.

Planet Fitness takes up a unique position in the fitness world. The low-cost gym defines itself very successfully by what it is NOT. Planet Fitness is NOT a gym for "lunks," their not-so-affectionate term for the seemingly gym-obsessed. Nope, Planet Fitness is a place for everyday people, and the company focuses its energy on the 80% of Americans who don't have a gym membership (and like pizza, too). 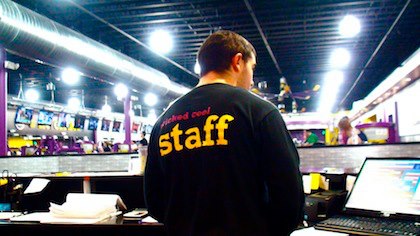 The company positions itself as the perfect place for Americans to overcome "gymtimidation" and try out a healthier lifestyle in a beginner-friendly environment.

Once they're past the fear factor, it's easy and inexpensive for new customers to try a Planet Fitness membership, only $10 a month. And the company offers a popular and profitable Black Card upsell ($21.99/month) with perks like all-club access, guest privileges, hydromassage, and tanning. Planet Fitness' low-cost subscription memberships deliver steady recurring revenue. Once members are plugged in, they are unlikely to cancel.

While there are other low-cost gyms, there is no doubt that Planet Fitness' unique strategy of reaching out to non-gym members is working. The company is nearing 12 million members and plans to serve even more people as it grows. 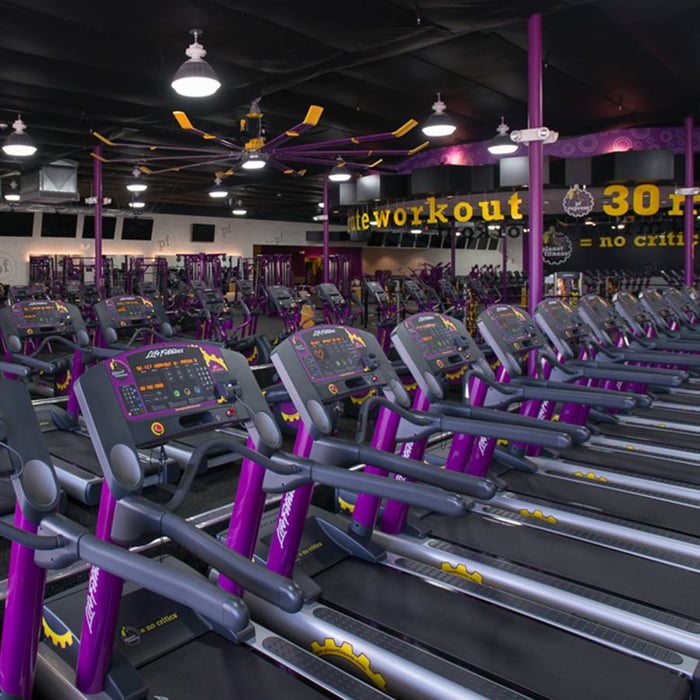 The company's large size gives it additional strength and marketing leverage. There are more than 1,500 Planet Fitness locations in North America, and the company estimates it could expand to as many as 4,000 stores, with a pipeline of 1,000 new locations already in the works. As America's retail and mall real estate reinvents itself, Planet Fitness is rapidly opening its fitness centers in former big-box stores, securing attractive locations (at attractive rates) in large and small markets.

Planet Fitness' recipe for success is working. The company has posted 45 quarters of positive results, with no signs of slowing down yet.

In just two years from 2015 to 2017, Planet Fitness has increased revenue 30% and net income 79%. These strong financial results are backed by very healthy membership numbers. Planet Fitness' locations serve approximately 7,500 members each, and the company posted strong same-store sales increases of 10.2% in 2017, and 11% in Q1 2018.

You might be wondering whether Planet Fitness has enough of a moat against the competition -- after all, it's not that difficult to rent space, equip and staff a gym and start selling cheap memberships. While there are not high barriers to entry in this space, Planet Fitness' sheer size, brand, and marketing prowess give it more muscle vs. smaller chains and mom-and-pop shops. In addition to organic growth, Planet Fitness is able to selectively grow by acquisition and the company should only become stronger as their purple-and-yellow network expands.

Planet Fitness memberships are very affordable, but shares don't come cheap. Planet Fitness has a $5 billion market cap and currently trades at a lofty price-earnings ratio of 97, which might scare off some investors. But with beefy business results backing it up, Planet Fitness shares keep hitting all-time highs almost as fast as the company opens new stores.

Move Over, Peloton: 16.5 Million Reasons to Buy This Fitness Stock Instead