Shares of Illumina Inc. (NASDAQ:ILMN) were up 10.5% as of 3:14 p.m. EDT in the wake of the company's second-quarter earnings update, which was released after the market closed on Monday. Illumina reported a 31% year-over-year increase in revenue in Q2 and a 74% jump in adjusted earnings per share (EPS).

Investors were also excited about Illumina's revised guidance for full-year 2018. The gene-sequencing pioneer now expects revenue to grow by 20% this year, up from its previous outlook of full-year revenue growth between 15% and 16%. Illumina also boosted its full-year adjusted EPS guidance range from between $4.75 and $4.85 to between $5.35 and $5.45. 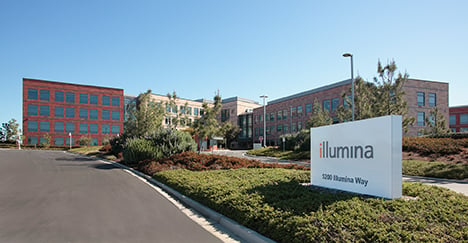 There was a lot to like in Illumina's Q2 update. The most important thing for investors to know, though, is that the fundamental factors that drove the company's success in the second quarter should continue to play to Illumina's benefit.

At the top of the list of those factors is Illumina's strong sequencing consumables revenue growth. Customers are using more consumables with all of the company's sequencing systems, but its NovaSeq system launched last year is especially pushing consumables sales higher. CFO Sam Samad stated in Illumina's Q2 earnings conference call that the company generated 84% of total revenue in the second quarter from consumables and services.

Illumina also saw increased interest in the use of gene sequencing for oncology research and testing. CEO Francis deSouza noted that the company is already benefiting financially from its partnerships with Bristol-Myers Squibb and Loxo Oncology on companion diagnostics for the pharmaceutical companies' cancer drugs. A reimbursement change made earlier this year by the U.S. agency overseeing Medicare and Medicaid has also contributed to an increase in the use of gene sequencing for cancer testing.

It's possible that Illumina's growth could taper off a bit in the next quarter. The company expects a negative impact from the seasonality of consumer genomics products such as Ancestry and 23andMe. Worries about new tariffs caused three major customers in China to place higher consumables orders in Q2. Those moves in effect pulled revenue expected later in the year into the second quarter.

However, the future prospects for Illumina continue to look really good. The company's NovaSeq launch is going better than expected. Illumina recently began shipping its low-cost iSeq gene-sequencing system, which could open up the market to new customers who haven't used gene sequencing in the past. Large-scale population genomics initiatives in several countries -- including the U.S., the U.K., and China -- should also boost Illumina's revenue.

The stock is valued highly, though, and even more so after today's jump. Still, I think Illumina remains a good pick for long-term investors.